RNC Night Four: Here Is What You Need to Know 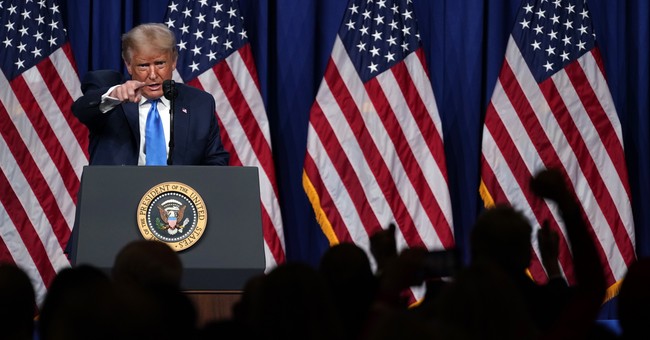 The fourth and final night of programming for the 2020 Republican National Convention (RNC) takes place on Thursday night, when President Trump will formally accept the party’s nomination for president, again.

.@realDonaldTrump, @FLOTUS, @Mike_Pence, and @Karen_Pence will ALWAYS stand for our Anthem!
#RNC2020 pic.twitter.com/J0LFHeu0Il

The final night of programming includes the following speakers:

The president will deliver his acceptance speech from the White House's Rose Garden. The First Lady also addressed the RNC from the Rose Garden on Tuesday night.

Kamala Harris to slam President Trump in prebuttal to the final night of the Republican National Convention https://t.co/sODPaC9tf8 pic.twitter.com/ScYiMvSgfE

Sen. Kamala Harris will deliver a speech from Washington, DC, on Thursday offering a pre-rebuttal to Donald Trump’s speech at the Republican National Convention in the evening, a campaign aide confirms to CNN.

Tune in to our coverage of the final night of the RNC here.