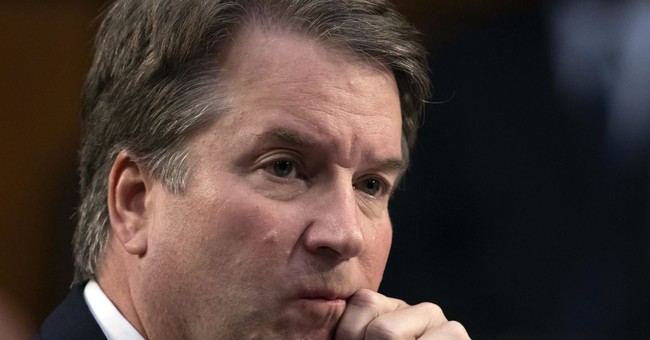 Well, we have a very special guest today. Katie Pavlich stopped by for episode 12, where the topic of the day was the Democrats’ appallingly transparent political hit job against Judge Brett Kavanaugh. This bombshell went off last week, delivered by Sen. Dianne Feinstein (D-CA) who apparently had a letter detailing an allegation of sexual misconduct since the summer. The accuser, Christine Blasey Ford, said that Kavanaugh tried to sexually assault her when he was drunk some 30+ years ago. Kavanaugh was 17-years-old. Teenagers do stupid things—and there is no way to verify this allegation that has liberals jumping for glee. It’s he said, she said. Ford’s lawyer is Debra Katz, who is more of a Democratic operative. She took a polygraph administered by a former and nameless FBI agent. All of this reeks to high hell and points to a coordinated character assassination from the Left to stop President Trump from filling the vacancy left by Anthony Kennedy.

They're determined to get revenge for Merrick Garland, even if it means opening the door for baseless and evidence-lacking accusations to be weaponized to kill judicial nominations. The whole ploy is to delay and hope this fury will energize Democrats even more at the polls, increasing their chances of being in a better position to block Kavanaugh outright in the next Congress. It’s possible. If the GOP falls short in Arizona and Tennessee, it’s a 50-50 split. At worst, it could be a 52-48 Democratic majority in which the nomination would be stalled and delayed to death like Merrick Garland. Will Kavanaugh withdraw? We shall see, but either way—the Democrats have done a banner job turning what should be an apolitical process into a street fight. They’ve fired the first shots. Now, it’s time to do battle.

While the Kavanaugh drama engulfs the country, President Trump has ordered the declassification of FISA documents and text messages from former FBI Director James Comey, former Deputy Director Andrew McCabe, fired FBI Agent Peter Strzok, and former bureau lawyer Lisa Page. It could take a few weeks, but we’ll circle back on that if there are any interesting nuggets.

As for Deep State antics, well, we had confirmation when The New York Times published an op-ed from an anonymous senior Trump administration official who declared allegiance to the resistance. Now, Project Veritas released a video showing a State Department official, who is also a democratic socialist, vowing to work against the Trump administration at all levels

“Resist everything” is the war cry.

As for the troubles centering on Post Malone, it might be supernatural. His private plane’s wheels blew, forcing an emergency landing recently, along with his Rolls Royce being involved in a car crash. His residence was also a target for a burglary. He appeared on the show "Ghost Adventures" and then all of this bad news came flowing. Is he cursed?

Also, Katie Pavlich will be facing against Fox News Shannon Bream on Tucker’s Final Exam this Thursday at 8:45 P.M., barring any huge breaking news. It’s clash of the Titans, as Bream and Pavlich both have the same amount of wins: nine. Tune in!