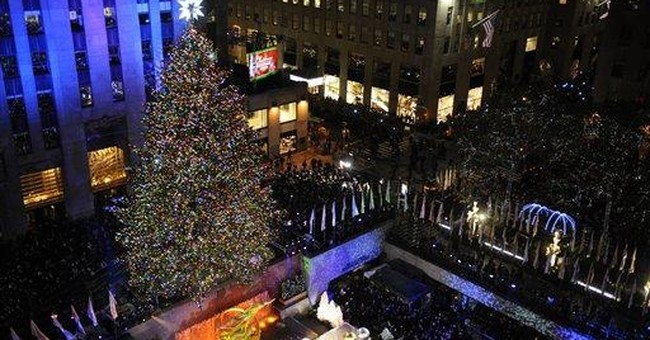 2016 has been the year of thinking differently about America—so what better gift to give this Christmas than a book that provides a very different perspective on a piece of American history? Here are 7 books that will keep even hardcore history buffs intrigued:

1. 9 Presidents Who Screwed Up America by Brion McClanahan

Of the forty-four presidents who have led the United States, nine made mistakes that permanently scarred the nation. Which nine? Brion McClanahan, author of The Politically Incorrect Guide to the Founding Fathers and The Founding Fathers' Guide to the Constitution, will surprise readers with his list, which he supports with exhaustive and entertaining evidence. Arrives before Christmas when ordered from Amazon or Barnes & Noble.

2. Theodore the Great by Daniel Ruddy

Daniel Ruddy’s new biography cuts through the impenetrable tangle of misconceptions and contradictions that have grown up over the last century and obscured our view of a man who remains one of the most controversial and misunderstood presidents in U.S. history. Arrives before Christmas when ordered from Amazon or Barnes & Noble.

Target JFK reveals page-after-page of incredible, never-before-reported evidence that a mysterious Argentinian with a stranger-than-fiction life story is the missing link in the assassination mystery that has puzzled America for half a century. Arrives before Christmas when ordered from Amazon or

4. The Burning of the White House by Jane Hampton Cook

Relying on first-hand accounts, historian Jane Hampton Cook weaves together several different narratives to create a vivid, multidimensional account of the burning of Washington, including the escalation that led to it and the immediate aftermath. From James and Dolley Madison to the British admiral who ordered the White House set aflame, historical figures are brought to life through their experience of this unprecedented attack. Arrives before Christmas when ordered from Amazon or

5. The Bridgebusters by Thomas McKelvey Cleaver

The men of the 57th Bomb Wing flew out of Corsica during World War II and bombed vital bridges throughout Italy to sabotage German supply routes. Their missions were dangerous and never-ending. One bombardier in the wing was a young New Yorker named Joseph Heller, who would later turn his experience into the classic 1961 war novel Catch-22. Now aviation historian Thomas McKelvey Cleaver takes a closer look at the real-life men of the 57th, whose camaraderie in the face of death inspired the raucous cast of heroes and antiheros in Catch-22. Arrives before Christmas when ordered from Amazon or

After President Woodrow Wilson suffered a paralyzing stroke in the fall of 1919, his wife, First Lady Edith Wilson, began to handle the day-to-day responsibilities of the Executive Office. William Hazelgrove's Madam President is a vivid, engaging portrait of the woman who became the acting President of the United States in 1919, months before women officially won the right to vote. Arrives before Christmas when ordered from Amazon or

At forty years old, Nathan Bedford Forrest enlisted in a Tennessee cavalry regiment—and became a controversial Civil War legend. Best known for being accused of war crimes at the Battle of Fort Pillow and for his role as first Grand Wizard of the Ku Klux Klan—an organization he later denounced—Forrest has often been studied as a military figure, but never before studied as he is here: a fascinating individual who wrestled with the complex issues of his violent times. Arrives before Christmas when ordered from Amazon or