Townhall Political Editor Guy Benson has joined the Fox News Channel as an on-air contributor. Benson -- who has been a regular Fox guest since 2010 -- interned at FNC over three summers, from 2002-2004. According to Fox sources, Benson is the first person in the 18-year history of the network to graduate from being an intern to a member of the on-air team. Intern Benson, pictured with Sean Hannity and Alan Colmes in 2002: 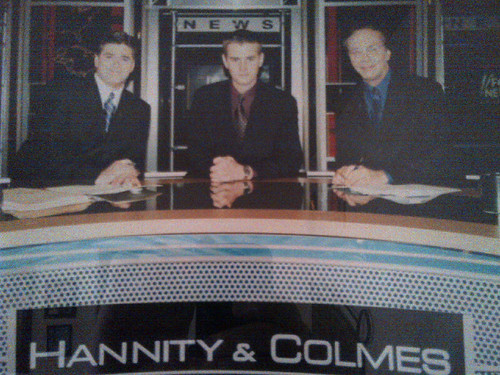