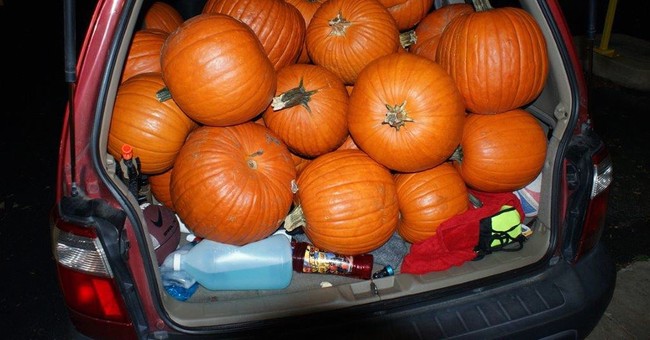 Halloween is just around the corner, folks, but perhaps the scariest thing of all is the down right stupidity of the government. In mid-October, the New Jersey Division of Taxation reminded taxpayers why we should all be scared of giving too much power to the government, and that our elected leaders-- whether they be federal or state -- will tax whatever they can for revenue generating schemes that do not make any sense.

The Trentonian blasted the NJ Division of Taxation for their "tone deaf" tweet:

OK, three things on this “secondly” bit of business …

And lastly, and most importantly,

3) Why in the name of Charlie Brown would the New Jersey Division of Taxation see fit to tweet out this factoid to all of their - ahem - 785 followers, which amounts to (this is the real number) .000088% of the state’s population, or about one out of every 11,000 residents, meaning there’s roughly 34 people in Mercer County following this account (great Twitter game, @nj_taxation, and why the hell wouldn’t you capitalize the “nj” there? {banging head against keyboard} but anyway …)

Indeed, if I'm living in New Jersey, why wouldn't I just buy a cheaper pumpkin for "eating" and then use said cucurbit for decoration? This is pure government deficiency, folks.

Recommended
I Know Exactly Who Is To Blame for This New Wave of COVID-19, and I Know Who Is Making a Fortune on It
Wayne Allyn Root
Share this on Facebook
Tweet
Democrat Mask Hypocrisy Hits Fever Pitch
Spencer Brown