Oregon Republican To Retire From The House 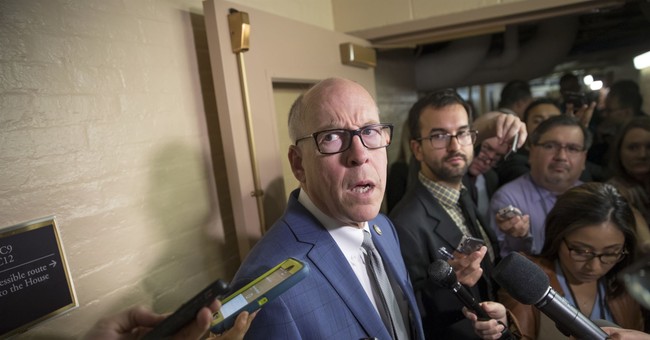 Oregon Republican Greg Walden announced Monday that he will not seek re-election 2020 after a 20-year career.

"Based on recent polling, strong fundraising, and the backing of my wife and family, I am confident I could earn the support of 2nd District voters for another term. I’m also optimistic that a path exists for Republicans to recapture a majority in the House, and that I could return for two more years as chairman of the House Energy and Commerce Committee," Rep. Walden told Politico. "But I also know that for me, the time has come to pursue new challenges and opportunities."

"So, I will not seek re-election to the U.S. House of Representatives, nor election to any other office, but instead I will close the public service chapter of my life, thankful for the friends I’ve made and the successful work we’ve done together," Walden added.

Walden is now the 17th Republican retiring before the 2020 election.

Walden maintains that he hasn’t gotten any flak from GOP leadership for crossing party lines, but says he did get “beat up from the base” back home for his votes on the border wall. Walden supported a resolution to kill the president’s national emergency declaration to build the wall and then voted to override Trump’s veto of the measure.

While he did fear a public lashing from the president, Walden also says the vote was a no-brainer for him. He supports building a border wall, but worries about the dangerous precedent of allowing the president to circumvent Congress‘ power of the purse. And Walden pointed out that, since there wasn’t enough support on Capitol Hill to ultimately overturn the veto, he had more leeway to cast his vote however he wanted.

“I’m sympathetic to what the president is trying to do” on border security, Walden said. “But … in my heart of hearts, I took an oath to uphold the Constitution.”

It is unclear what Rep. Walden will do next in his career.