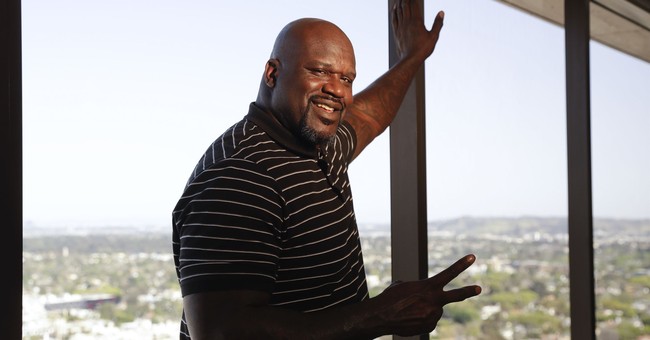 Tuesday night is the opening of the NBA 2019-2020 season and just two weeks since the professional basketball league sparked international outcry after various players refused to stand in support of Hong Kong protestors and instead chose demonize Houston Rockets executive Daryl Morey for tweeting support for the democratic demonstrators who demand freedom from communist China. Very few associated with the league have defended Morey and free speech, but on Tuesday night Shaquille O'Neal -- aka The Big Aristotle, The Diesel, Big Fella, whatever you want to call him -- spoke his mind on TNT's pre-game coverage.

Morey, as a reminder, tweeted "FIGHT FOR FREEDOM. STAND WITH HONG KONG."

Reminder that this was the extent of Daryl Morey's tweet pic.twitter.com/hmSw3M1TaL

But on opening night, as highlighted by The New York Post, Shaq told the world that "As American people, we do a lot of business in China...And they know and understand our values and we understand their values. And one of our best values in America is free speech.

“Daryl Morey was right," Shaq stated. “Whenever you see something going on wrong anywhere in the world, you should have the right to say ‘That’s not right,’ and that’s what he did."

Shaq on Daryl Morey/China "One of our best values here in America is free speech we're allowed to say what we want to say and we are allowed to speak out on injustices and that's just how it goes. and if people don't understand that that's something they have to deal with. pic.twitter.com/vefcHSPlMD

Shaq is one of the league's most famous players ever. He has played for for six teams, was a 15-time NBA All-Star, and won four NBA championships, including three with Lakers and one with the Miami Heat.