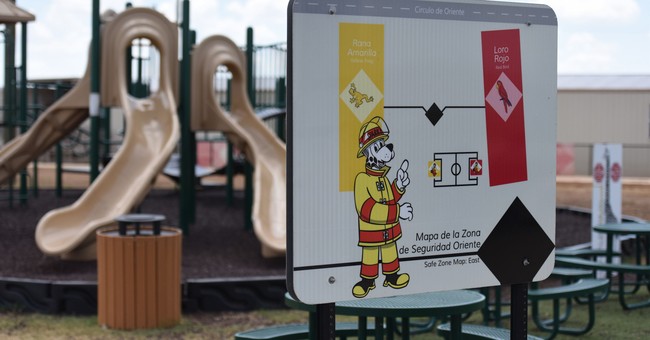 On Monday, a Texas jury ruled that Jeffrey Younger, the father of seven-year-old boy James Younger, could not legally prevent the boy's mother and his ex-wife, Dr. Anne Georgulas, from giving the biological male puberty blockers and cross-ex hormones in order to chemically castrate the son, whom Georgulas insists is a girl because of his fondness for the Disney princess movie, "Frozen."

Mr. Younger and Dr. Georgulas were in court last week fighting over custody and decision-making abilities for James and his twin, Jude. Mr. Younger argues his ex-wife is “transitioning” James against the boy’s will.

Dr. Georgulas, who brought the lawsuit, was asking Mr. Younger’s possession schedule be altered to decrease overnight stays and to force his visits with the boys to be supervised. Dr. Georgulas brought the original modification suit to the court and did not request a jury trial. Mr. Younger, in his counter-petition, asked for a jury trial. Since Mr. Younger requested the jury trial, the jury ruled on his specific request for Sole Managing Conservatorship and the judge ruled on all other aspects of the petition as brought by Dr. Georgulas.

She was also asking that Jeff be forbidden from calling his son James – his given and legal name – and that he be prohibited from bringing James around people who do not “affirm” James as a “girl.”

On Tuesday, #ProtectJamesYounger started trending on Twitter. As HotAir's Jazz Shaw pointed out, this court case will most likely require intervention by a higher court to be stopped, but the larger point this was ever allowed should indicate that society has seriously "fallen down the rabbit hole."

We don't let children under the age of 18 get a frigging tattoo. If a school nurse gives a seven year old an aspirin without a parental consent form they can be fired. But THIS IS OKAY????

The Daily Wire's Matt Walsh blamed Republicans in part for their failure to take transgender ideology pushed by leftists more seriously over last half decade.

I have been saying literally for five years that Republicans need to make opposition to radical left wing gender theory a top campaign issue. It’s important and every sane human in the world would stand behind them on it.

Concerned Americans sent thousands of tweets with the hashtag #SaveJamesYounger.

This is a very scary case! So a 7 year old boy will now be transitioned into a girl. How far will this suicidal madness go in western society? #ProtectJamesYounger https://t.co/CuNrdIi3sr

It absolutely disgusts me that a liberal judge ruled that a father can’t prevent his 7 year old son from ‘transitioning genders.’

What a crazy world we are living in.

In a website created by the father, Jeffrey Younger makes his case for why James clearly does not think he is a female:

I’m looking out for the best interests of James, my son. When James is with me, he shows no signs of wanting to be a girl when given the choice. Even when in female company, away from me, James rejects a female gender expression.

James is unaware of long-term consequences of transitioning gender. James has expressed an interest in having children. If subjected to medical interventions, James will be permanently sterilized. James would never be able to have children.

Help me Save James.