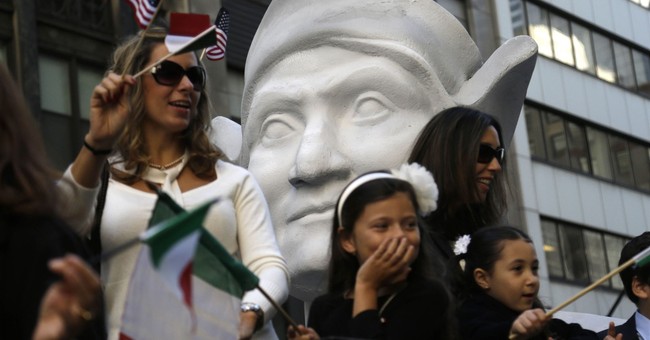 The Washington, D.C. city council held an emergency session this week to address a growing problem plaguing our nation's capital. No, the council did not address the increasing number of rats, homeless people, and shootings, but a more pressing issue 500 years in the making. The council voted to abolish Columbus Day and replace it with Indigenous People's Day. Townhall reached out to the Heritage Foundation's Jarrett Stepman, the author of The War on History: The Conspiracy to Rewrite America's Past, for his opinion on the "emergency" legislation. Stepman told Townhall that this bill is nothing more than the left's latest attempt to demonize America and its ideals in order to accomplish their regressive goals.

D.C. council member-at-large David Grosso has been championing this bill for five years. On Twitter, Grosso boasted he was finally able to convince the council to pass his measure.

But, Stepman asserted that this is nothing to be proud of. In fact, the co-host of the The Right Side of History podcast slammed Grosso and those who voted in favor of banning Columbus Day.

"Abolishing Columbus Day in the District of Columbia is an absurd and sad attack on a man whose exploration and discovery ultimately led to the creation of our country," Stepman told Townhall.

"With all of the dysfunction in the nation’s capital, it says something that a city experiencing a huge jump in homicide rates uses an emergency session to bury its namesake rather than do better by the citizens who live there," he added.

But, the heart of the matter is not just about lazy bureaucrats in bloated D.C. government, but something more nefarious. In short, it is part of a concerted effort by anti-American leftists to strip down America's heritage.

"Unfortunately, the attack on Columbus is only the tip of the iceberg in this much larger war on America’s past," Stepman continued. "As I explain in my book, The War on History, the legacy of Columbus on down to the generation that won World War II is under attack by those who want to 'fundamentally transform America,' and place it on a radically different cornerstone."

But, if there is any glimmer of hope, it would be that these brazen bills and politically correct changes could be a wake up call for Americans who do not want to see their country denigrated any further. Stepman argues that a number of crises, including academia's attempt to erase our past, demands action from patriotic loving Americans to promote our true history.

"In a time in which historical and civic knowledge is collapsing, the embrace of radical ideas like socialism is rising, and the United States is being challenged by authoritarian international rivals, it is essential that Americans take a stand and save the mystic chords of memory that have bound and strengthened our nation."

"We need to take a stand in our schools and our communities to undo the damage that our 'elite' institutions have done over the last half century in failing to reinforce informed patriotism in this country, a country that is worthy of being proud of," Stepman noted.