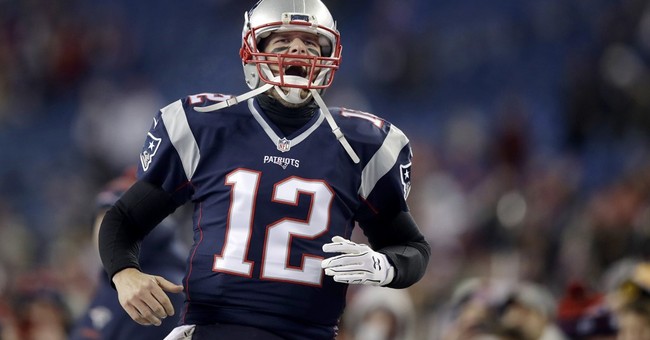 There are at least six reasons as to why somebody would hate NFL demigod Tom Brady and the rest of the New England Patriots, but nonetheless it is shocking that somebody despises the reigning champions enough to threaten bloodshed against the team.

The Associated Press reports that Tobias Gray, a New York Giants fan, made a now-deleted post on Facebook after the team signed free agent Antonio Brown. Brown, who acted like a punk while on the Oakland Raiders, signed as a free agent in New England on Saturday. Now, Brown enters the Patriots with a clean slate and a very real chance to become a Super Bowl champion. This was enough to allegedly compel Gray to post the following:

But according to his attorney on Monday in court, Gray "was simply upset the Patriots were able to land Brown and did not mean any harm."

Authorities are not revealing any information regarding the case.

"Chief (William) Baker has indicated that the Foxborough Police are withholding comment at this time on any specific action our agency may have taken, or may take in the future, in response to the ongoing challenge of malevolent or criminal social media posts," Foxborough Police said in a statement"In general Chief Baker says the department will respond vigorously and in close collaboration with our local, state and federal partners to take appropriate action as the law allows."

It is a bit morbid to make quips about mass shootings, but think of how ludicrous it is that the Patriots are so good they are driving people legitimately insane? Whatever the case, here's a 26 minute video showing their greatness:

The Patriots beat the Steelers 33-3 on their opening night in Foxborough.