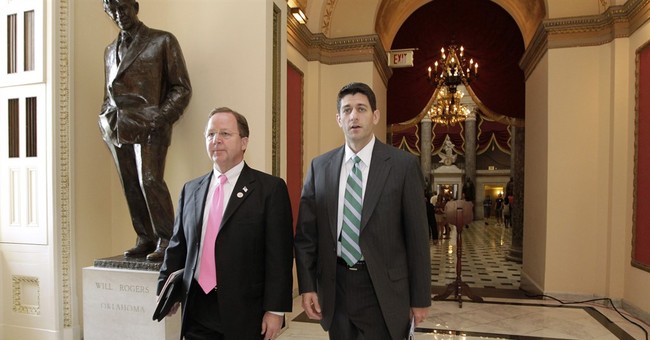 Yet another Republican congressman will retire in 2020, as Texas Rep. Bill Flores announced Wednesday that he will not seek re-election. Rep. Flores is now the fifth recent GOP official to announce he is stepping away from politics before the next election.

On Wednesday, Rep. Flores tweeted, "After much prayer over the past few days and following conversations with my wife, Gina, during that time, I have decided that my current term will be my last."

After much prayer over the past few days and following conversations with my wife, Gina, during that time, I have decided that my current term will be my last. https://t.co/VcHFR1qwm5

"Serving my country as the Representative of the hardworking Texas families in the 17th Congressional District has been an honor and one of the greatest privileges of my life," the congressman said in a press release.

"Even though my current term will be my final in Congress, I will continue working with a sense of urgency and diligence over the next 16 months to continue fulfilling my original campaign promises to the good folks in TX-17 to restore Liberty, Opportunity, and Security for hardworking Texas families who were left behind due to the disastrous policies of the Obama administration," he continued.

Rep. Flores promised he would continue "working with the Trump administration and my Congressional colleagues to rebuild our Military; to secure our border; to grow our economy through tax reform and regulatory reform; to restore fiscal soundness to the federal budget; to remove the uncertainty related to the ‘Dreamers’ in our country; to rebuild our critical infrastructure; to help enact the United States, Mexico, Canada Agreement (USMCA) and other international trade reforms; to facilitate the accelerated deployment of 5G technologies; to enact common-sense reforms for prescription drug costs and health care; and to maintain America’s energy dominance."

Flores graduated from Texas A&M and earned an MBA from Houston Baptist University. He has been married to his wife for 41 years. He was elected in 2010.