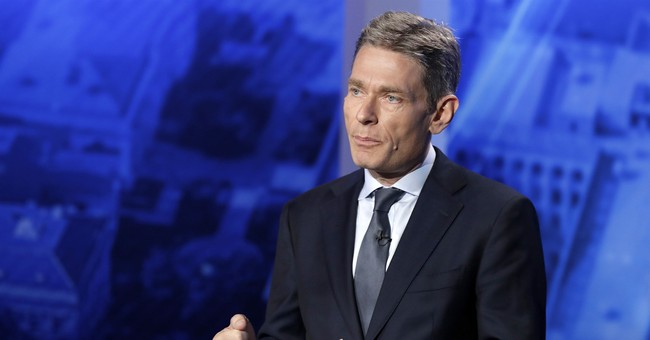 New Jersey is quickly becoming the California of the east coast in terms of wreckless far-left policies that hurt American citizens. Whether it's their doctor-assisted suicide bill or shelling out nearly 4 million in taxpayer money so people unlawfully in the country can go to college, it's clear that Democratic officials in New Jersey aren't paying attention to the right issues. Where their main priority is focused on, it seems, is making sure that there are plenty of illegal immigrants around to do menial labor so their yards and gardens look nice. Don't take my word for it, listen to NJ Democratic Rep. Tom Malinowski tell a group of high schoolers and constituents that they're simply too good to do landscaping and this type of work should be left to illegal immigrants.

"Because the reason this happens is there are a lot of jobs in our community that like it or not, for better or worse, Americans are not willing to take," Malinowski said at an event titled "Coffee with Your Congressman." "Who do you think is taking care of our seniors? Fifty percent of the elder care workers in the state of New Jersey are immigrants, most of them legal, most of them documented."

"Who do you think is mowing our beautiful lawns in Sommerset County? We don't usually ask, but a lot of those workers are undocumented. There are just not a lot of kids, sorry, from Montgomery High who are going to be doing that full time. You guys are going into robotics for goodness sakes," he said to the crowd.

"You're a bunch of elitists. You're not going to mow lawns," he said to laughter.

New Jersey considers itself a sanctuary state. Here are the list of rules for police officers when dealing with suspected illegal immigrants:

Among the directive's exceptions and exclusions: