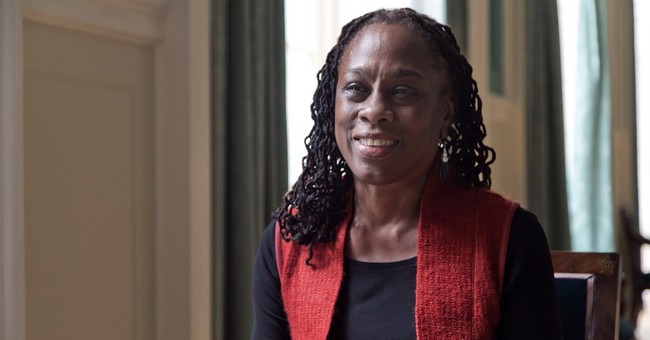 What a load of bunk this is. It looks like New York City mayor and presidential candidate Bill De Blasio's wife just completely stepped over the will of the public by ignoring the results of an online poll that was supposed to choose a new statue to be built by the NYC arts department, according to our old friend Christine Rousselle.

The program "She Built NYC"  was created in 2018 chaired by Chirlane McCray, De Blasio's wife. Its purpose is to honor historic women who helped shape and form NYC. Recently, She Built NYC asked the public  to participate in an online poll "to nominate women for a potential statue and the campaign received over 2,000 votes for over 300 eligible women."

Catholic St. Frances Xavier Cabrini received the most amount of votes with 219 nominations. This was more than double the second-place finisher, Jane Johnson. But here's what happened:

As Christine notes, "LGBT rights activists Johnson and Rivera were biological males and will be featured together in a single statue."

Likewise, Dr. Rodriguez-Trias received just seven nominations. Her contribution to the city includes being one of the founding members of the Committee for Abortion Rights and Against Sterilization Abuse. Sounds like a real winner.

Cabrini, on the other hand, helped save thousands of lives and educate even more. She was canonized as a saint by the Roman Catholic Church because of her efforts.

Cabrini, an Italian immigrant, arrived in New York City in the late 19th century. She founded the Institute of the Missionary Sisters of the Sacred Heart of Jesus, and opened many schools and orphanages in New York City. She was canonized by Pope Pius XII in 1946, who named her the patroness of immigrants in 1950.

She Built NYC told Christine that the online poll was never meant to actually be the deciding factor as to which statues to build. What garbage.