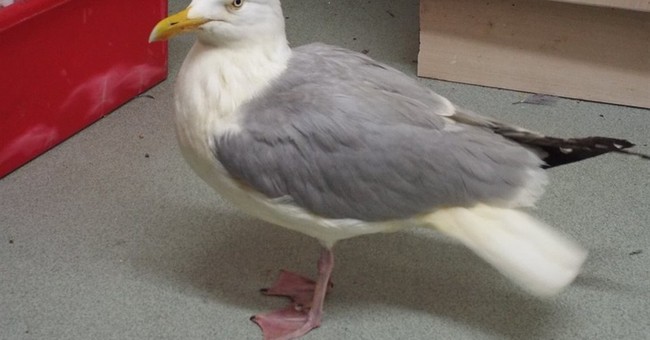 A case out of South Carolina is highlighting the fact once again the drug-testing kits used by local police officers can be wildly inaccurate. On Thursday, drug charges were dropped against Shai Werts, Georgia Southern University's starting quarterback, after he and his attorneys battled against accusations from Saluda County police earlier this summer that a white substance found on the hood of his car was cocaine. It turns out, it was bird crap.

Werts was traveling after 9:00 pm in early July when police pulled him over speeding. Since it was late at night and on a dark country road, he phoned 911 to confirm they were indeed police officers.

"I’m not going to pull over in the dark where no one around can see," Wertz can be heard saying on the dashcam video. "You know what’s been going on in the world. No offense to you, but I just didn’t feel comfortable, officer."

Police then question him about what's on the hood of the car. From the moment he was pulled over earlier this summer, Werts insisted that the powdery looking object on the hood of his car was not drugs, rather it was bird poop.

The Saluda County Sheriff’s officer was incredulous. “It looks nothing like bird poop, man,” he said. “We know what bird poop looks like.”

An instant drug test said it was indeed cocaine, and Wertz was subsequently arrested.

"I have no reason to lie to you about cocaine," he said as he was being placed in handcuffs. "I play football, so I don’t do cocaine."

But, after a further test was done on the "cocaine" authorities determined that Werts was telling the truth.

"I was informed that the test did come back and that there was no controlled substance found,” Al Eargle, a Saluda County prosecutor, told media Thursday.

The charges were dropped. According to Werts' attorney, he will not ask for any sort of apology from the police.

"They had a pretty credible basis for pursuing, and ultimately stopping him and that is speeding,” his attorney told media. "Then they didn’t do anything wrong by attempting to collect evidence … It tested positive so they were acting within the bounds of the law at the time."

As noted by the Washington Post, "In 2016, The New York Times and ProPublica found that field-testing drug kits, which cost about $2 a piece, are wildly inaccurate. False positives can result from officer errors, the weather or poor lighting, and are so common that as many as one in three tests might come back wrong,