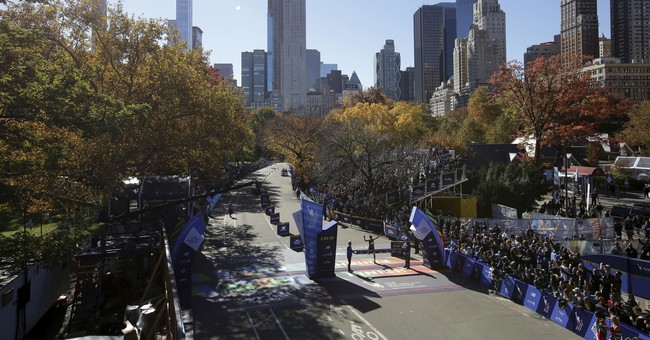 This story is a tale as old as time. Or well, it's at least as old as the Fight for $15 movement, which has been pushing the legally required minimum wage to be $15.00 per hour around the country. Six months after New York City enforced a $15.00 minimum wage, retail stores, restaurants, and other small businesses are struggling to employ their workers. They've been forced to cut hours and debate whether they want their business to be in NYC at all.

The Wall Street Journal chronicled several employers who have concerns about the wage.

"What it really forces you to do is make sure that nobody works more than 40 hours," Susannah Koteen, owner of Lido Restaurant in Harlem told the paper. "You can only cut back so many people before the service starts to suffer."

Koteen was going to open another location. But, now she can't because it would be too economically risky since she wouldn't be able to fully staff the restaurant.

"You would just have no choice but to cut people at the bottom," Koteen added.

Sarah McNally owns four bookstores in NYC. She hasn't been forced to fire anybody nor cut back hours, but she isn't planning on hiring as many people at her two newest stores that she's opening.

"With raising minimum wage to living wage, it feels now like we’re at the bottom of the pay spectrum," McNally said. "There’s absolutely no benefit to being a retail business in New York."

Likewise, Andrew Rigie of the New York City Hospitality Alliance says the only way that businesses could afford to allow overtime hours is if they transfer the cost onto the customer.

"Many people working in the restaurant industry wanted to work overtime hours, but due to the increase, many restaurants have cut back or totally eliminated any overtime work," he said. "There’s only so much consumers are willing to pay for a burger or a bowl of pasta."

Townhall previously reported that it isn't just in places like NYC where restaurants are struggling. Restaurants Unlimited, Inc.  "which operates 35 restaurants ranging from fine dining to 'polished casual' eateries, including Henry’s Tavern, Stanford’s and Kincaid’s, filed for Chapter 11 protection in Delaware," in early July.

These reports come as all Democratic presidential candidates have stated support for an increase of the minimum wage to $15.00 or a "living wage."