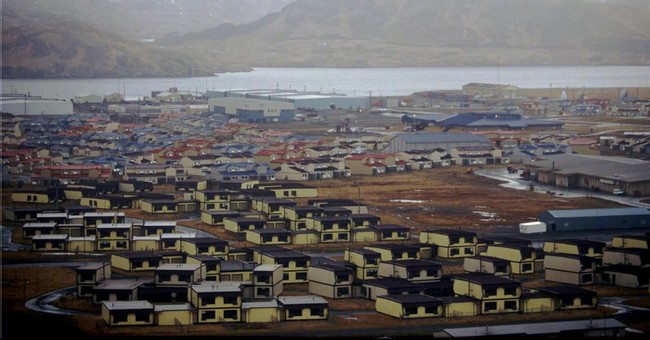 The Inland Boatmen’s Union is demanding that Alaska violate the First Amendment for state-ferry workers by forcing all employees to pay mandated union fees, regardless of membership. The Supreme Court ruled last year that this sort of job requiement was unconstitutional and forced political speech.

MustReadAlaska.com reports that the union representing hundreds of government-contracted ferry employees is currently negotiating contracts with the State of Alaska. The IBU rejected the government's most recent proposal and demanded "an exemption to the Janus ruling of the U.S. Supreme Court, which affirmed that workers have a right to join or not join a union."

SCOTUS's 2018 ruling in Janus v. AFSCME declared that the First Amendment barred forced union dues and fees of any kind for government unions and employees. Unions often demand monopoly contracts and then force government workers to pay union officials as part of a job requirement.

The court said that forcing somebody to pay money towards a union which would negotiate with the government was inherently compelled political speech, which is against the law.  As Suzanne Downing summarizes, if the IBU got their way "such an exemption would illegally force worker to become members of the union and force the State to be responsible for collecting the dues for the union."

The state ferry system services more than 30 coastal towns, and is crucial to Alaska's summer tourist business. IBU members have been striking for the past seven days.

"On Aug. 1, members of the Inland Boatmen’s Union will lose their health insurance benefits and they’ll also be heading into more weeks without pay," Downing adds.

The union demands more money for its members, paid for from a specific state fund. The government says that they cannot use that fund for IBU members. It is unclear how the two sides will find an agreement. But as pointed out by the National Right to Work Foundation, the group who provided attorneys for Illinois' government employees Mark Janus in Janus v. AFSCME, the demand that the state simply provides an exemption for IBU is unconstitutional.

So that's definitely not how Constitutional rights work:

"The union is also demanding the State of Alaska give it an exemption to the Janus ruling of the U.S. Supreme Court, which affirmed that workers have a right to join or not join a union."https://t.co/jIIP9OnLlE