Rosie O'Donnell Continues To Be A Weirdo 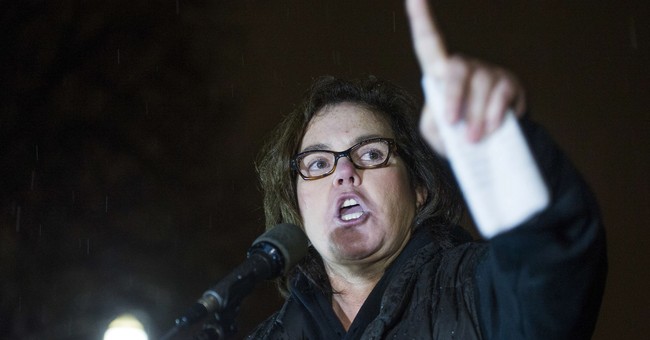 Rosie O'Donnell, who has had no real contribution to American society other than hosting Nickelodeon's Kid's Choice Awards, is in the news again for making perverted theories about President Donald J. Trump and his children, particularly Ivanka.

Kristin Marsh of NewsBusters flagged the story of how O'Donnell, a longtime rival of President Trump, told a Sirius radio host on Wednesday that President Trump's relationship with his children was sexual.

Former View host Rosie O’Donnell accused President Trump of doing "bad things" sexually with his “talentless” “non-intelligent” daughter Ivanka, Wednesday. During a radio interview with lefty Sirius XM host Michelangelo Signorile, O’Donnell was prompted to sound off on the idea that Ivanka would run for elected office some day, but instead she smeared the whole First Family as incestuous.

"There's a prevalent incest feel amongst Donald Trump and his children, at least his daughter. Very creepy...I think she's, you know, a talentless, non-intelligent, non-powerful woman," she told Signorile. The audio can be heard here:

As Marsh reports, "O’Donnell has a penchant for inventing salacious claims, particularly about the president, whom she is obsessed with. In 2016 she asked if Barron Trump, the President’s young son, was autistic. Just two weeks ago, she claimed there were over one hundred thousand concentration camps in the United States. As a host on The View, she espoused her 9/11 trutherism, and claimed “radical Christianity” was the “real threat” to our nation."

Personally, aside from making weird comments about the Trump family and hosting an award show that features sliming people as the main attraction, my only memory of O'Donnell was during a random TV interview when she said the most awkward thing a stranger said to her was, "I don't mean to offend you, but you look exactly like Rosie O'Donnell," but I digress. It seems O'Donnell made these comments to latch onto whatever fame she can in hopes of earning more money. Long story short, the woman is simply a weirdo.