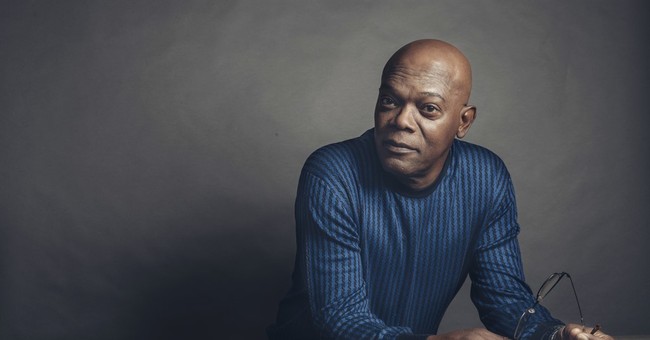 I hate to admit it, Townhall amigos, but I am a bit of a hippie. This being said I have always been a capitalist and proud American, so I am not enough of a flower child to dream of a world devoid of religion and culture run by socialism like John Lennon, but I am enough of a free spirit to glean inspiration from corny mantras. All that being said, I was enamored by 2020 presidential candidate and spiritual author Marianne Williamson at Thursday night's presidential debate. Her message of "harnessing love" to fight against President Donald J. Trump was truly intriguing. Do not get me wrong, she would be a horrible president. But there was more truth to what Williamson said on stage versus the rest of the collectivist thinking that occurred. She at least differentiated herself and offered something unique rather than carbon copies of Fidel Castro's dystopian vision for the world like we saw from the other nine hopefuls. Specifically, her words seemed to emulate a favorite movie of mine, Coach Carter.

After doing some research via Google, it turns out that I was correct. Williamson, who at one point in her life offered guidance and advice to Oprah Winfrey, is indeed quoted in the film but the public at large seems to wrongfully believe that the movie is paraphrasing Nelson Mandela.

Coach Carter stars Samuel L. Jackson as an inner-city basketball coach in Virginia, and one who wants to teach his boys to be men on and off the court. The following scene, in which Williamson is quoted, comes after Coach Carter banned his team from playing until their grades improve. Parents were understandably upset, as this meant it could dash the boys' hopes of winning a state title. However, the players, after learning to respect their Coach, support his decision. One of the more troublesome players on the team who has truly grown by this point stands up and voices his support for by saying:

Our deepest fear is not that we are inadequate. Our deepest fear is that we are powerful beyond measure. It is our light not our darkness that most frightens us.  Your playing small does not serve the world. There's nothing enlightened about shrinking so that other people won't feel insecure around you. We were all meant so shine as children.  It's not just in some of us; it's in everyone. And as we let our own light shine, we unconsciously give other people permission to do the same.  As we are liberated from our own fear, Our presence automatically liberates others.

Well, back in 2013 Snopes.com debunked the myth that Mandela said these words.

The average person could hardly be faulted for thinking the stirring words quoted above were spoken by former South African president Nelson Mandela, as they have been attributed to him in numerous web sites, films, books, and motivational posters, often cited as a passage from the speech Mandela gave upon his inauguration as the first black president of South Africa.

This oft-reproduced reflection about “our deepest fear” originated with the 1992 work A Return to Love: Reflections on the Principles of a Course in Miracles, the best-selling first book by author Marianne Williamson (who later sought the 2020 Democratic presidential nomination).

Williamson does not seem to mind that they are misattributed. She told Snopes at the time, "Several years ago, this paragraph from A Return to Love began popping up everywhere, attributed to Nelson Mandela’s 1994 inaugural address. As honored as I would be had President Mandela quoted my words, indeed he did not. I have no idea where that story came from, but I am gratified that the paragraph has come to mean so much to so many people."

On Friday, however,  Williamson was being maligned on Twitter. Perhaps the most cynical place on the internet could not help but poke fun at her message of "love" at the Democratic debate.  Here are a few examples:

I started replacing Matthew McConaughey subtitles with Marianne Williamson quotes and I honestly can’t tell anymore who said what. pic.twitter.com/xxk5fq13N2

Marianne Williamson Was on Edibles Last Night: Change My Mind

Well, if politics is downstream from culture, and Coach Carter is as popular as I think it is, does this mean some may support Williamson for the presidency because she harkens their subconscious back to the 2005 film? Perhaps. I am being silly on purpose here, but you never know what could happen in the 2020 election cycle.