DC Restaurants Could Be Fined $800 For Giving Out Plastic Straws 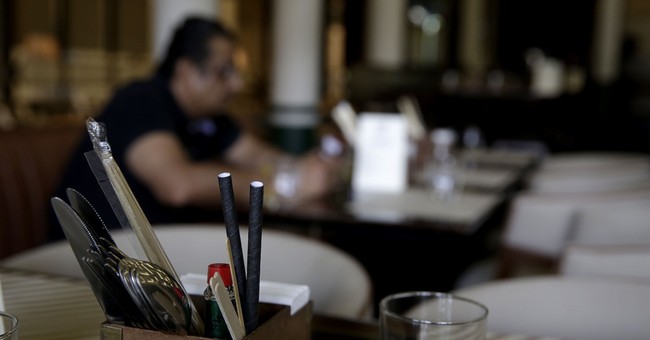 Starting July 1, the nation's capital will officially be implementing arguably Draconian fines on restaurants and bar owners as D.C.'s government will be sending out the plastic Gestapo in full force to ensure that only biodegradable straws are handed out to customers. If you get caught handing out the newly ordained contraband so that your patrons can enjoy a vodka soda or  a lemonade with ease, you better be ready to pay up some cold hard cash since you are contributing to pollution according to backers of the law.

Dcist.com reports that "starting on July 1, businesses can be fined $100 to $800 (or more) for failing to comply with the D.C. Department of Energy and Environment’s ban on plastic straws."

The new law banning the items officially passed in October of 2018, but business owners had until July 1, 2019 to comply with the regulation. There was actually a similar law already on the books, but the D.C. council thought it necessary to enact similar legislation again in order to emphasize how serious the problem is.

The fines will be based on repeat violations. This means if you frequently fail to hand out paper sucking devices and get caught, you will be paying at least $100.00 bucks depending on the severity of your offense.

While first-time offenders will likely receive a warning notice, subsequent fines will be costly. Businesses can be fined between $100 and $800 if DOEE inspects them and finds a business providing single-use plastic straws to customers (this doesn’t apply to customers with disabilities, more on that below). DOEE also reserves the right to issue a general fine for straw use or a fine per plastic straw observed. Potentially, fines could then reach beyond $800.

However, these fines could be drastically larger, because if an "inspector sees a second-time offender providing five plastic straws to customers, they could issue a $200 fine per straw."

For business owners who say the straws are too expensive, the government says tough luck. In short the government is "telling businesses to offset these costs by simply not offering straws in the first place." Why? well, "Many beverages do not need straws at all for consumption," according to the D.C. political class.