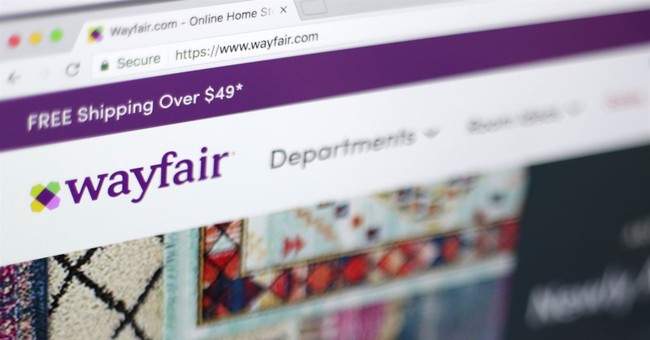 When it comes to the border crisis, as Guy Benson put it, leftists have a morally incoherent policy. The most recent example of this came after a minute group of Wayfair, Inc. employees drafted a petition calling upon their CEO to stop a sale to immigration detention centers which would have provided beds and other pieces of furniture for the hundreds of men, women, and children being housed by the government while their initial immigration papers are processed after illegally entering the country. Some of these people have legitimate asylum claims and some of them are frauds. All need to be investigated before being allowed into the country. Nonetheless, progressives within Wayfair demanded the sale be stopped because they saw it as continuing a tyrannical regime. Key leftist leaders like Rep. Alexandria Ocasio-Cortez picked up on the story and propped it up as a sign of "solidarity" within the far-left movement. But, the only problem for these leftists is that it is unclear what their end goal is with the petition.

It seems there are two options these leftists want and both would be disastrous for the American people as well as these migrants -- they either want these people to not have beds, or they want open borders plain and simple.

Option 1) if the sale is stopped, that these individuals will not have beds. These immigration centers are literally full to the brim and overcrowded. After weeks of Democrats, including failed presidential candidate Hillary Clinton, chastising the government for not providing proper accommodations, the left suddenly wants to stop the government from doing just that. The petition, signed by 574 Wayfair employees, encourages their colleagues to walk out of work on Wednesday afternoon. The petition reads in part, "The United States government and its contractors are responsible for the detention and mistreatment of hundreds of thousands of migrants seeking asylum in our country – we want that to end...We also want to be sure that Wayfair has no part in enabling, supporting, or profiting from this practice."

Wayfair's CEO, Niraj Shah, rejected the petition. Shah himself is a first-generation American whose parents immigrated legally from India.  The sale is for $200,000 worth of furniture. It should be noted that Wayfair itself does not make the furniture, but acts similarly to Amazon in that it is a middle man between smaller companies and consumers across America.

More to the point, Wayfair is a non-political company. If they choose to not sell the beds, the company will be taking a political stance. Likewise, the walk-out is timed today conveniently at lunchtime. Thousands of people walk out of the doors at lunchtime in Boston, and if I were a betting man, I'd say that the media will paint these individuals as part of the walk-out when in reality they are just heading out for a Dunkin Donuts coffee and a hamburger for lunch.

And, of these employees who support the walkout, it truly is a minimal amount within the company. In total, Wayfair employs more than 15,000 employees. So, roughly 3.65 percent of the company's employees are mad at their second-generation American CEO and founder for providing furniture to migrants who need beds to sleep on

The co-founder of the company, Steven Conine, sent a company-wide email Tuesday night explaining that he spoke with a group of employees who are against the sale. In turn, the company has decided to send a donation for basic humanitarian necessities at the border.

Here is the deal and what most normal level headed Americans seem to think about the issue -- the thought of these children in detention centers is awful, but the thought of them not having beds is even worse. If the sale is stopped, they will not have beds.

But, for some leftists, it seems they truly want open borders. Rather than acknowledge that the United States government has to hold these migrants until they can be properly vetted, the left seems to think the government can allow them into the country, no conditions at all. A country cannot allow an endless flow of people into its borders. The government also should not detain individuals without even giving proper necessities.

So, these leftists either want to destroy American sovereignty and allow everybody and their mother into the country, or they want to deprive children of beds. Good luck convincing the majority of Americans with either of those arguments.