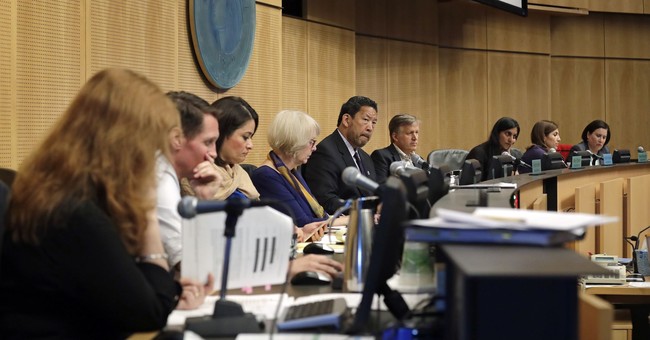 All nine Seattle city council members signed a "Green New Deal" pledge on Monday, vowing to eliminate all climate pollution by 2030, as well as instituting other programs that promote "environmental justice" in order to combat racial and economic inequality caused by climate change.

The pledge was in response to a campaign created by a non-profit known as Got Green as well as a local union. The groups asked the council to take climate change more seriously by drastically interfering in the Seattle economy to reduce pollution.

In response, Seattle's city council said, "Seattle has long been proud to be a national leader in the environmental movement, but it’s time for us to recognize that what is truly needed is environmental justice. We need to show how Seattle - a City that prides itself on its progressive values - can also lead the way in confronting the historical and current injustices that have created a society of deep racial and economic inequities."

"We need bold community leaders like you to hold us accountable, and ensure that as public servants, we are creating the boldest and most visionary policies possible to meet the unprecedented crisis of climate change," the council continued.

"As you have clearly expressed, a Green New Deal for Seattle presents an opportunity to do much more than just reduce our pollution," the officials vowed.

The two groups behind the proposal sent the elected officials a letter demanding that they do something about climate change.

It read in part:

via Got Green and 350 Seattle:

“Seattle has what it takes to be a global climate leader. We have communities who have been fighting injustice for generations, who can lead the way in showing how we take care of one another while demanding a healthy, stable future for all of us. We have neighborhoods striving for local resiliency. We have industries full of workers who are increasingly asking how they can use their skills and knowledge for the public good. We have city leaders who have time and again acknowledged that the climate crisis is not just fought at the U.N. or in D.C.; it’s fought and won here, where we live. This is the moment for all of us to come together and do what must be done for our common future.”

As for how exactly the non-profit suggested the city pay for these new ideas, the group proposed a slew of new taxes and fines for the projects.

"There are numerous ways we can fund a city-wide transformation, and using multiple mechanisms will be most effective. We can put a climate emergency tax on big business, we can price congestion, we can put a one-off climate emergency levy to the voters, we can re-purpose funds from the general fund, and we can dip into Seattle’s existing rainy day fund. Of course, all of these funding mechanisms will need to be rigorously studied before implementation. Washington state already has the most regressive tax system of any state in the country, it’s critical that our Green New Deal funding mechanisms do not further unjustly burden low-income communities."

The plan was inspired by Rep. Alexandria Ocasio-Cortez's call for a federal "Green New Deal" which would overhaul the United States economy in an effort to combat climate change.