Vermont Minors Need Parental Permission To Get An Ibuprofen From The School Nurse, But Not An Abortion 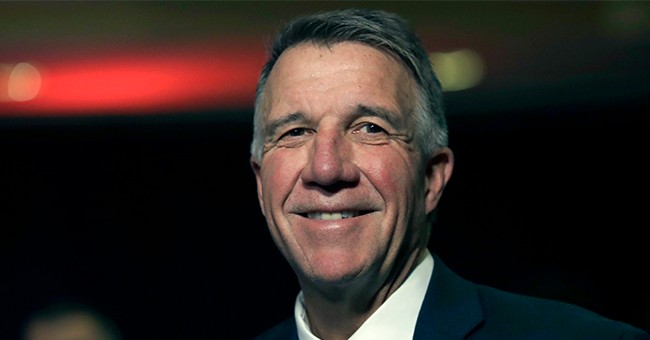 The Republican governor of Vermont signed legislation this week which makes it legal for minors to obtain an abortion without parental consent. Vermont law also allows non-physicians, including registered nurse practitioners, to perform abortions. To put in perspective how radical the state's abortion standards are, consider that parents have to give their child written or verbal permission to obtain so much as an ibuprofen pill from the school nurse, but do not have to approve of their daughter's obtaining a life-altering decision like abortion under GOP Gov. Phil Scott's new law.

“Like many Vermonters, I have consistently supported a woman’s right to choose, which is why today I signed H.57 into law,” Gov. Scott said in a statement Monday regarding the bill.

H.57 recognizes abortion "as a fundamental right" of "the freedom of reproductive choice" prohibits "public entities from interfering with or restricting the right of an individual to terminate the individual’s pregnancy."

The bill does not include an age limit on which individuals can obtain an abortion. In fact, while the bill was going through the state legislature, several representatives tried adding amendments which would have specified that those under 18-years-old would need permission from their parents and legal guardians before obtaining an abortion.

"Rep. Anne Donahue (R-Northfield) proposed an amendment that would have required parental notification before minors can receive an abortion," according to Seven Days Vermont.

"This is not about limiting access. This is about protecting children,” Donahue said. However, her amendment was rejected.

Why? According to, Rep. Ann Pugh (D-South Burlington), that the problem was moot because "the House Committee on Human Services had voted 10-1 against a measure involving notification of a minor's parents."  She also "argued that confidentially is vital to ensuring adolescent access to medical care."

The final version of the bill which Gov. Scott signed did not include any provisions about notification of a minor's parent before that child received an abortion. Yet, according to HealthVermont.gov, students under the age of 18 need permission from parents to take prescribed and non-prescribed medicine on school grounds under state law.

The primary reason for requiring parental permission for headache medicine, according to the Vermont Department of Health/Agency of Education is to "assure that medications administered to students are done so in a way that assures safety and compliance with state law and school policies and procedures.

a. For prescription medication: • Written permission from both the parent and the medical provider  • Medication in a current pharmacy-labeled bottle  • Written procedure for accepting verbal phone or faxed orders that include appropriate verification, verbal restatement and follow-up documentation and parent/caregiver notification.

b. For non-prescription medication: • Permission: written, phone or e-documentation (in student health record) from the parent • Medication is in original store-labeled bottle or container

Vermont's bill is arguably the most radical in the nation and essentially allows for abortion without limits, but many other state laws just like it are popping up across the nation. Maine and Illinois signed similar laws into place this week as progressives, and GOP pro-choicers like Gov. Phil Scott, seek to enshrine abortion without limits as an inalienable right in the country.