Former Obama Aides Say Biden Is Either Delusional Or Dishonest. Here's Why. 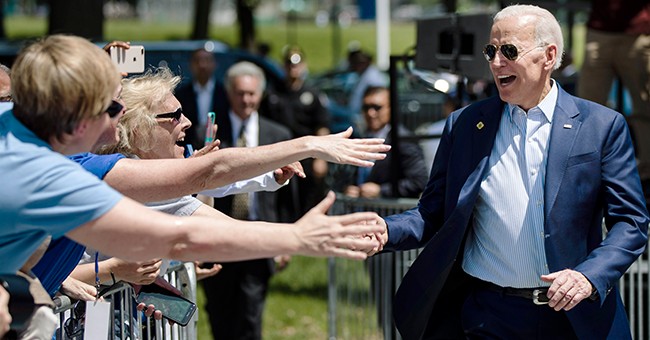 Poor Joe Biden. He has nowhere to go in his own party and apparently has no idea what to do about it.

In an effort to appear like a middle of the road politician who could work with Republicans, the 2020 Democratic hopeful predicted that the GOP would compromise with Democrats once President Trump left the office. Former President Barack Obama aides sharply rebuked Biden as either "delusional or dishonest"  with one even saying "f*ck no" when asked whether he thought Biden's hopes of bipartisan policymaking would ring true.

Salon reports that "Ben LaBolt, who served as Obama’s 2012 campaign press secretary, sarcastically added that he is sure that 'Mitch McConnell and Mark Meadows will rush to form the Woke Caucus. And Nelson Rockefeller will be revived from his grave.'"

"If Biden were prepared to negotiate like he did during the fiscal cliff and the Bush tax cut extensions, where Republicans basically got everything we wanted and he got a tiny bit, I’m sure there would be deals to get done,” a senior Senate leadership aide told the Daily Beast.

And another aide told the website that "Republicans reaped enormous gains from their obstruction, like securing the balance of the Supreme Court for a generation or more. They know obstruction works and they will eat Biden’s lunch while he reminisces about the good old days."

Biden has already got himself in trouble this election cycle with the far-left for trying to extend an olive branch to the GOP. The career politician recently walked back his compliment of Vice President Mike Pence being a "decent guy" after the progressive base ridiculed him for saying such a thing in light of the VP's personal disagreement with gay marriage.

Whatever the case, the comments from Democratic staffers indicate that whoever wins in 2020, they won't necessarily be seeking to work with Republicans. In fact, based on their comments, one could predict the Democrats will be the ones obstructing President Trump any chance they can should he be re-elected.