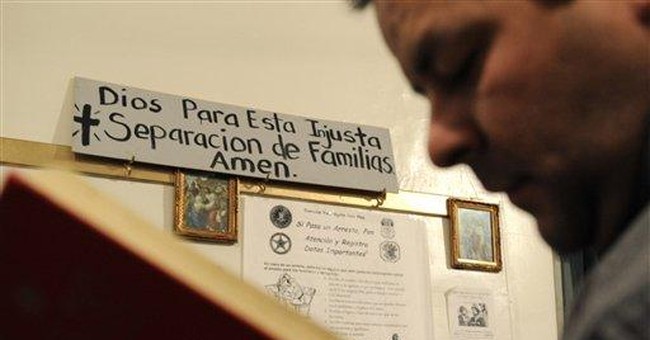 The Archdiocese of Chicago has announced that a Little Village neighborhood parish will continue to hold a series of special street masses in hopes of bringing peace to the streets of Chicago. The city, typical of every summer, has experienced an uptick in gun violence in recent weeks.

St. Agnes of Bohemia Parish will hold several street masses throughout the months of June and July, inviting all who wish to participate and pray for an end to gun violence.

“These Masses continue to be an opportunity to pray for the end to violence and for resolve that there will be a continued push for peace,” said Fr. Don Nevins, Pastor of St. Agnes of Bohemia Parish, said in a statement. “During each of the Masses, the children will receive a special blessing, asking for the Lord’s protection from harm this summer."

According to the diocese's press release, the church has been holding these masses each summer for the past 18 years.

"Dozens of parish volunteers will go door to door the day before the outdoor street Masses with fliers inviting neighbors to participate," the release says.

In June of 2016, Chicago's Archbishop issued a statement on the problem, specifically saying the "terrible violence is destroying not only those killed and wounded, but all of us. If we want to survive as a community that treasures life, liberty and the pursuit of happiness, we must act now to put an end to this carnage. No doubt there are many causes, but we can start by getting these combat weapons off our streets."

Illinois is currently ranked eighth among states with the strongest gun laws by the Giffords Law Center to Prevent Gun Violence, according to Fox News.

This past weekend, three were killed due to gun violence including a 12-year-old boy with dozens more shot and wounded. This latest barrage of gun violence follows Chicago's deadliest weekend all year. The weekend of May 31- June 2 left 10 dead and more than 50 wounded.