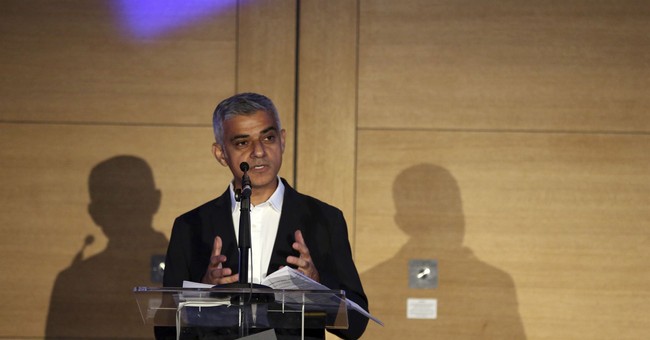 London Mayor Sadiq Khan penned a rare and harsh op-ed, criticizing not just President Donald J. Trump but his own government and country for "roll[ing] out the red carpet" for somebody he views as "one of the most egregious examples of a growing global threat." That threat is the rise of "right wing" extremism, which he asserts Trump is responsible for.

Saying that in The Observer it is "Un-British" for the United Kingdom to welcome the current president of the United States for an official state visit, Khan argued that Trump's supposed "divisive behaviour flies in the face of the ideals America was founded upon – equality, liberty and religious freedom."

After a series of accusations which can be debunked in an entirely separate article all its own, Khan asserts that many of Trump's policies and actions have emboldened "far right" extremists who are "gaining ground and winning power and influence in places that would have been unthinkable just a few years ago." In turn, these extremists view Trump as a "figurehead" for their movement and in their own country's are  "intentionally pitting their own citizens against one another, regardless of the horrific impact in our communities."

Ironically, in the same column Khan intentionally pitted his own citizens against Nigel Farage, as Khan says the Brexit leader "here in the UK [is] using the same divisive tropes of the fascists of the 20th century to garner support, but [is] using new sinister methods to deliver [is] message," just like President Trump.

Khan calls upon Theresa May to condemn Trump, saying that she "should issue a powerful rejection – not of the US as a country or the office of the presidency, but of Trump and the far-right agenda he embodies. She should say that the citizens of the UK and the US agree on many things, but that Trump’s views are incompatible with British values."

"In years to come, I suspect this state visit will be one we look back on with profound regret and acknowledge that we were on the wrong side of history," Khan predicted.

President Trump will arrive in London on Monday June 3rd for an official state visit.