Dem. Presidential Candidate Booed More Than 30 Seconds For Saying 'Socialism Is Not the Answer' 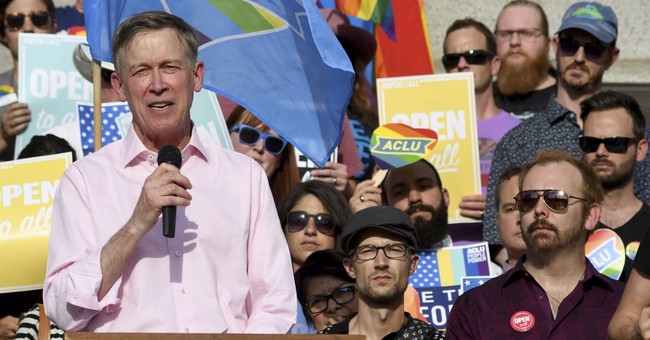 Former Colorado Governor John Hickenlooper received an unwelcome reception at the California Democratic Convention on Saturday after the one of two dozen presidential candidates told the crowd that "socialism is not the answer" to defeating incumbent Republican President Donald J. Trump. For this remark, he received a loud and steady "boo" of disapproval from the audience.

"If we want to beat Donald Trump and achieve big progressive goals, socialism is not the answer," Hickenlooper said to more than 4,500 delegates on Saturday, reports CNN. The otherwise quiet observers began to boo and voice their condemnation of the statement. Their reaction lasted more than 30 seconds. Hickenlooper tried to reason with the crowd, saying, "You know, if we're not careful, we're going to end up helping to re-elect the worst president in history."

Finally, the crowd quieted down and then Hickenlooper really ground their gears when he suggested the Democratic party needed "pragmatism" moving forward on policy issues like healthcare and the environment.

"We shouldn't try to achieve universal coverage by removing private insurance from over 150 million Americans. The booing the reinitiated. Nevertheless, he persisted, saying, "We should not try to tackle climate change by guaranteeing every American a government job."

"Hold on, hold on," Hickenlooper said according to CNN. "I want to give Americans a reason to look forward tomorrow. As president, I will make healthcare a right, not a privilege with a real public option."

A portion of the speech and the audience's reaction can be seen here:

John @Hickenlooper is booed at the California Democratic convention for saying: "Socialism is not the answer." pic.twitter.com/jxnJPubJ0q

Hickenlooper is one of 15 Democratic candidates scheduled to speak to the CA Democratic Convention.