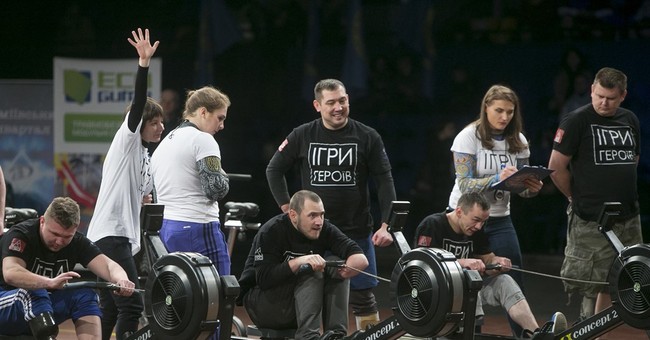 As conservatives warn of the dangers of Silicon Valley's left-wing monopoly on political speech, one fitness and self-improvement company has jumped into the fray to discuss free speech on social media. Crossfit, the high-intensity gym program, released a statement this past Thursday slamming Facebook for the unexplained removal of its content as well the company's lack of self-responsibility as the "de facto authority over the public square, arbitrating a worldwide exchange of information as well as overseeing the security of the individuals and communities who entrust their ideas, work, and private data to this platform."

"CrossFit is a contrarian physiological and nutrition prescription for improving fitness and health. It is contrarian because prevailing views of fitness, health, and nutrition are wrong and have unleashed a tsunami of chronic disease upon our friends, family, and communities," the statement began. The company then says that millions who use CrossFit and share its methodology stand "against an unholy alliance of academia, government, and multinational food, beverage, and pharmaceutical companies."

The company says that it encourages and supports its adherents to "speak openly and freely about the ideas and principles that animate our views of exercise, nutrition, and health." In doing so, CrossFit has defended their beliefs "against overreaching governments, malicious competitors, and corrupt academic organizations."

But, now Facebook has threatened that freedom, CrossFit argues. It all started when Facebook removed a group of CrossFitters with more than 1.65 million members without explanation. That group advocates low-carb, high-fat diets -- something that not everybody in the health community agrees upon. Due to this unexplained censorship, the company believes that "Facebook’s action should give any serious person reason to pause, especially those of us engaged in activities contrary to prevailing opinion." The company notes the group was reinstated, but that was never explained either.

Due to Facebook's prominence in the free exchange of ideas, the company says that their status "mandates a certain responsibility and assurance of good faith, transparency, and due process."

Because they failed to live up to that mandate, the company has removed itself from Facebook and its sister social media site, Instagram. "CrossFit, Inc., as a voluntary user of and contributor to this marketplace, can and must remove itself from this particular manifestation of the public square when it becomes clear that such responsibilities are betrayed or reneged upon to the detriment of our community."

The statement then lists a litany of complaints which reads more like a Human Events column than one you might expect from a fitness group. These complaints include the fact that "Facebook collaborates with government security agencies on massive citizen surveillance programs such as PRISM," as well as arguing that "Facebook is thus complicit in the global chronic disease crisis," when it removes content.

The company's warning and boycott serve as a reminder that Facebook, whether we like it or not, plays a massive and unparalleled role in the American way of life.