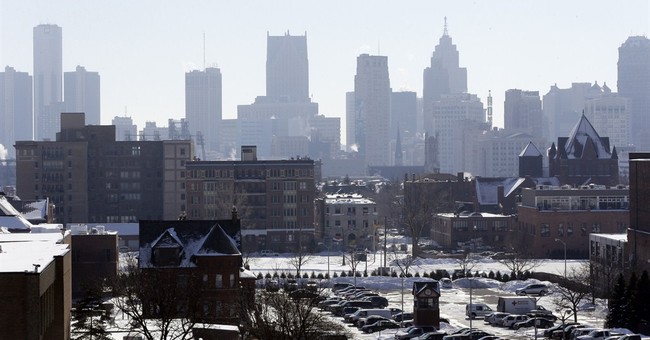 A short fortune teller was recently arrested and broke free from jail, leaving the newspapers to run with the headline "Small Medium At Large," but it didn't a psychic to predict something similar would happen after a Michigan Judge gave an illegal alien drug dealer a $200.00 bond which made it possible for the criminal to run away from authorities and avoid his court appearance despite a litany of offenses.

According to The Detroit News, "Jose Antonio Lopez, 24, is wanted by police after he skipped a March 12 probable cause hearing in 36th District Court, following his March 2 arraignment in 34th District Court in Romulus. He had confessed to the crime, police said."

Lopez pled guilty to "trying to smuggle more than 6 kilos of cocaine and heroin into Detroit" But, "despite the confession, the severity of the charges and Lopez's status as a non-U.S. resident, visiting magistrate Vesta Swenson set bond at $2,000/10 percent. The defendant posted the $200 needed to get out of jail and fled."

Understandably, local authorities are furious at Swenson for giving the illegal alien such a low bond.

"I’m deeply disappointed that someone who commits a crime of this magnitude, in addition to being a foreign national, which makes him a tremendous flight risk, is allowed back on the street for $200," Detroit police Chief James Craig told media. "It's an outrage."

Apparently, low bonds are nothing new if the arraignments occur during the weekend.

"Saturday bonds have been a problem," assistant Detroit police chief David LeValley told Detroit News. "We have historically been seeing low bonds on the weekends — sometimes absurdly low for the crimes being charged."

Now, it is unclear where Lopez is. His attorneys have not heard from him either.

Regardless, Detroit Police Chief Craig warns that the legal and judicial system are not acting as a "team" which will, as it already has in this case, pose dangers to the general public.

"It's not just the police, although we get the blame if crime goes up," Craig told the media. "We have to work together as a team — but when you've got judges and magistrates letting dangerous criminals back on the street with low bond, or judges giving low sentences to violent criminals, that's not teamwork."