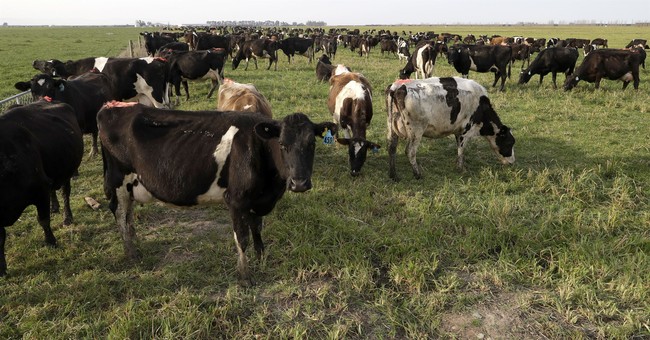 In what I can only imagine was a move to redistribute private property, Florida's Democratic gubernatorial candidate Andrew Gillum's self-admitted communist intern has been arrested for throwing chocolate milk on a group of Florida State University College Republicans among other misbehavior, reports Fox News.

As seen in the video, "She then went on a profanity-laced tirade about fascism and accused the Republican students of 'normalizing Nazis' and blaming them for the Tree of Life Synagogue massacre and other incidents. As Shoup stormed away, she kicked a DeSantis sign out of the ground."

After the video was given to authorities, FSU released a statement saying that Shoup had been arrested.

FSU is a diverse community that values and respects each person. FSU expects each member of the community to embrace the values of civility and ethical conduct and obey the law. Regarding Tuesday's incident, the individual was identified, arrested and charged with battery.

According to Fox News, "Shoup, is listed as an intern for the Andrew Gillum for Florida Governor Campaign on LinkedIn and a member of FSU Students for Justice in Palestine. Gillum's campaign did not return a Fox News request for comment." Her display of what passes for Democratic dialogue can be seen here.