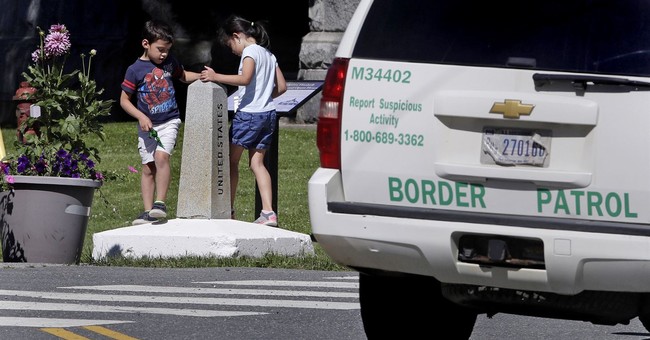 The United States Border Patrol in El Centro, CA nabbed their 30th illegal alien who has a history of sex offenses this year after arresting a previously deported man who was convicted of sexually assaulting an American minor in April 2004.

According to a press release issued August 10th, Border Patrol agents stationed at the Calexico office arrested Jose Humberto Ojeda-Gutierrez, a 30-year-old Mexican national, who had previously been deported. According to court records in April 2004,  Ojeda-Gutierrez was "sentenced to 40 hours of community service and on-year probation" for "Sexual Contact-No Consent" with a juvenile.

“Keeping our communities safe from dangerous criminals such as these is vital to our role as Border Patrol agents,” said Chief Patrol Agent Gloria I. Chavez.

The most recent Border Patrol statistics indicate that CBP agents have arrested at least 72 sex offenders in the 2018 fiscal year.

Border patrol agents in Texas also arrested another illegal alien with a history of sexual offenses this week.

"On Aug. 8, Juan Murillo-Gomez, 37, an illegal alien from Mexico, was apprehended by Eagle Pass Border Patrol agents near the downtown area. During processing, agents discovered that Murillo-Gomez was convicted of indecency with a child-sexual contact, in Dallas, in 2003. Following that conviction Murillo-Gomez was removed to Mexico.

Murillo-Gomez was apprehended again in Houston, in 2009. He was charged with illegal re-entry, served two years incarceration and was removed to Mexico in 2013."

As CBP's El Centro Twitter account noted, each arrest made by CBP of an illegal alien sex offender means more "victims can rest easy that those that preyer upon them won't get another chance."

#CBPElCentro arrests Jose Humberto OJEDA-Gutierrez convicted of sexual contact with a minor. This marks the 30th sex offender arrested this year by the #USBP #ElCentro. That means 30 victims can rest easy that those that preyed upon them won’t get another chance. #NoMoreVictims pic.twitter.com/AcFCAkORON