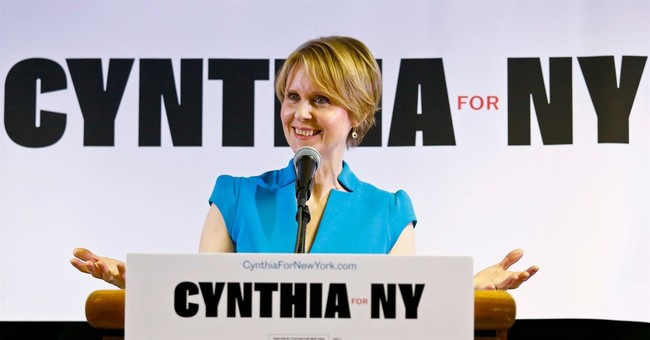 Dr. Sebastian Gorka appeared on 'Fox and Friends' on Saturday to discuss the left's growing desire to embrace socialism as their party platform. Dr. Gorka, whose family suffered under socialism, warned that this economic system "crushes human souls" and those who favor it "have no idea what [they] are talking about.

As reported by Fox News,  New York gubernatorial candidate Cynthia Nixon stated Friday that she’s proud to identify as a Democratic socialist, a "small but growing" group. Nixon asserted that Republicans are going to call Democratic candidates socialist no matter what they do, so they "might as well give them the real thing."

Dr. Gorka responded by promptly displaying for Ms. Nixon what the "real thing" would entail.

"My parents lived and actually suffered under fascism and then socialism. Let's not forget that those two are linked...the phrase Nazi actually comes from'national socialist workers party.' Millions, hundreds of millions suffered under that system. I saw it for myself after the fall of the Berlin wall. I went to live behind the former Iron curtain for 15 years. It's very simple. This system crushes human souls," Gorka said.

Dr. Gorka added that the Democratic party has shifted so far to the left in recent years because "the lunatics have literally taken over the asylum when it comes to left-wing politics in America." Nixon joins several other left-wing candidates, such as 28-year-old Alexandria Ocasio-Cortez, who identify as Democratic Socialists.

And for those who think that these candidates' policies are somehow different than socialism of the past, the Democratic Socialist party constitution argues just the opposite. "We are socialists because we reject an economic order based on private profit, alienated labor, gross inequalities of wealth and power, discrimination based on race, sex, sexual orientation, gender expression, disability status, age, religion, and national origin, and brutality and violence in defense of the status quo," it reads.