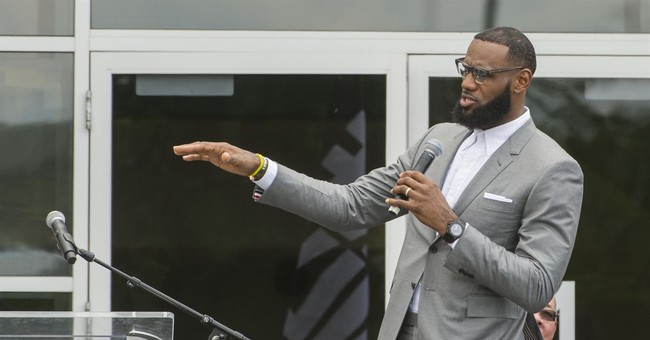 But, during the conversation, James also indicated that he would not be willing to sit down with President Trump. Lemon asked him, "What would you say to the president if he were sitting right here?"

"What I've noticed over the past few months [is] he's kinda used sports to kinda divide us, and that's something that I can't relate to," James said. “I can't sit back and say nothing." James was referencing President Trump's disgust with NFL players and other professionals athletes who kneel during the playing of the national anthem as a form of protest.

These remarks apparently irked the president who also tweeted, "I like Mike!" last night.

While much of the media is criticizing Trump's characterization of Lebron, virtually everybody is ignoring that the president also called Don Lemon "the dumbest man on television." President Trump has butted heads with Lemon in the past. Perhaps most noticeably in 2015 shortly after he announced his presidency, Lemon questioned why Trump categorized many illegal aliens as rapists. President Trump asserted all he was doing was speaking the truth.  That exchange can be found here.

As for Lebron vs. Trump, the NBA legend has previously called the 45th commander-in-chief a bum.