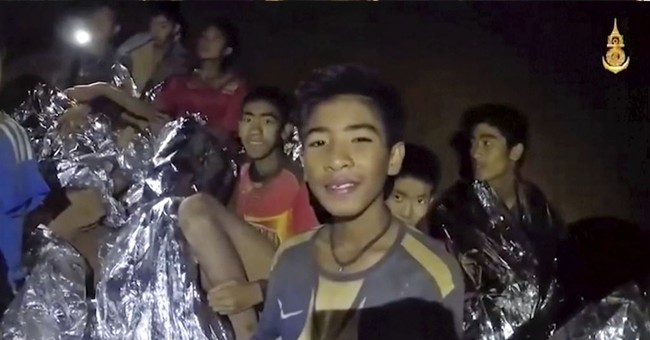 Jake Zweig, a former U.S. Navy SEAL, sat down with Fox & Friends on Sunday to discuss the enormity of the task at hand for the Thai Navy SEALs team and their international coalition currently working to rescue a kids soccer team trapped inside a cave located in Mae Sai, Thailand.

"People don't understand how much gear these guys have," Zweig told Fox & Friends. "They’re not just swimming the whole time. They're climbing rocks, they're getting out and walking...There's a whole lot of stages to this mission just like climbing Mount Everest."

More than two weeks ago the soccer team, comprised of 12 boys ages 11-16, took diving lessons in preparation for cave exploring with their head coach. But, while in the cave on the actual trip, floodwaters came and trapped the group.

Rescuers were able to bring food and water to the team as Thailand planned their rescue mission. Today, 4 of the 12 boys have been freed from the cave. But, due to the terrain and size of the cave, the mission could take days.

"I confirm that we are at war with water and time from the first day up to today," Narongsak added. "Finding the boys doesn't mean we've finished our mission. It is only a small battle we've won, but the war has not ended. The war ends when we win all three battles — the battles to search, rescue and send them home."

Today, President Donald J. Trump tweeted the United States is working closely with the coalition to rescue the team.