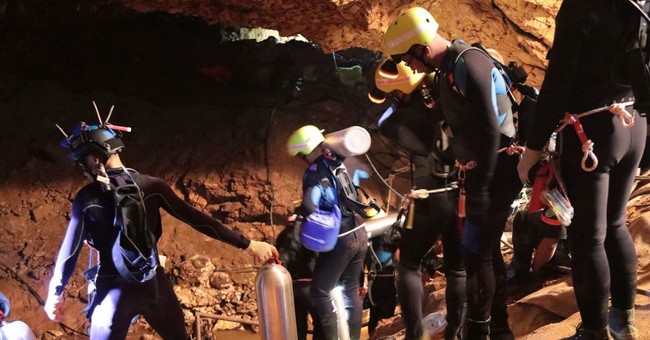 CNN reports that 13 international divers and Thai NAVY SEALs are currently undergoing an intense rescue operation to free 12 boys and their soccer coach. The team has been trapped inside a cave for more than three weeks.

Moments ago, the Thai Navy SEALs announced that 4 of the boys have been rescued and are out of the cave. In addition to the Thai rescuers, “the rescuers were from the US, Australia, China and Europe.”

According to experts, the complexity of the cave system could take days to complete.

This story will be updated throughout the day.