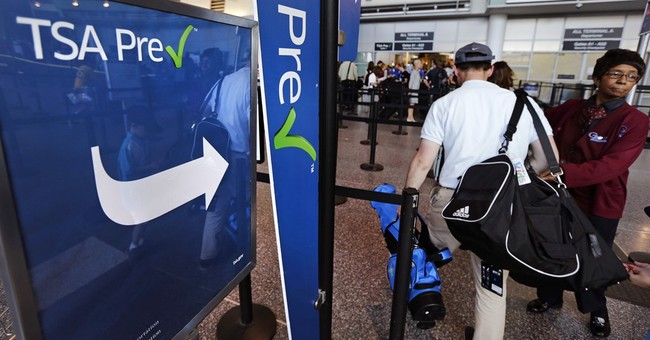 Talk about an invasion of privacy.  Millions of people have watched TSA agents pat-down, search, and creep upon a 96-year-old wheelchair bound mother. While public safety and airport security is important, many are saying this was over the line and completely unnecessary. Still, others assert the TSA agents were doing their duty.

Jeanne Clarkson was traveling with her mother, Evelyn Labrier who happens to be in a wheel chair when TSA agents decided that her mother might some how pose a security threat and needed an invasive pat-down.

"I was just shocked.  I've traveled with her before, I've been in a wheelchair myself unable to walk through the machines and I've never had that kind of a pat-down ever.  I was just shocked. I couldn't believe they were doing this to my 96-year-old mother," Jeanne Clarkson told CBS News transportation correspondent Kris Van Cleave. "It was just shock, and frustration because they would not talk to me. I felt helpless."

Clarkson says TSA did not explain what they were looking for, which has left her mother shocked and traumatized from the ordeal.

Commenters on Facebook have offered a mix bag of reactions. Some say "This poor lady! Her shoulder was stiff and she needed that arm rest so badly! She was so patient! She may have needed to use the restroom after all that prodding! Bless her!" and "Wow,sorry your mother had to go through that,like she has something to hide.where do they get these ingorant (sic) people?"

Others, however, say TSA was simply doing their job. "s it possible that despite the discomfort, the TSA searching elders like she to prevent others using them as a carriers unknowingly?," one user pondered. Another user said, "If you dont (sic) agree with the airlines safety procedures dont (sic) fly..the world is in turmoil and safty (sic) is a must no matter color or age or gender..you are not privileged."