Who Is Paying For Rocket Man's Hotel Room? 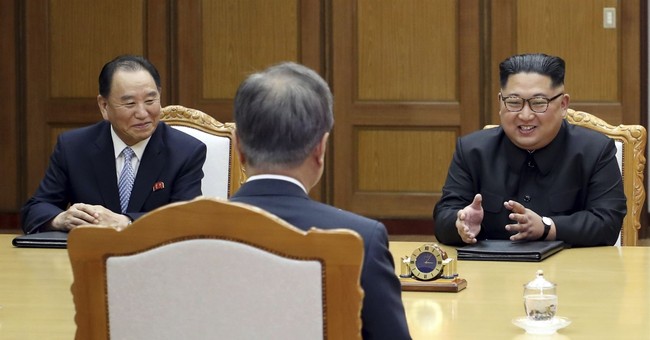 Katie Leach of the Washington Examiner reports that a somewhat surprising organization has offered to pay for North Korean dictator Kim Jong-un’s accommodations during his historic meeting with President Donald J. Trump in June. Apparently, North Korean communists cannot pony up the cash for travel costs themselves, so either a foreign nation or outside group will have to do it for them.

According to the Examiner, the International Campaign to Abolish Nuclear Weapons has said they are willing to pay for a Singapore hotel room for Rocket Man – as the president likes to call him –and his associates.

“Our movement is committed to the abolition of nuclear weapons and we recognize that this historic summit is a once in a generation opportunity to work for peace and nuclear disarmament,” the group explained in a statement.

“The Nobel Peace Prize included a cash prize and we are offering funds from the prize to cover the costs for the summit, in order to support peace in the Korean Peninsula and a nuclear-weapon-free world,” the statement continued.

According to the Seattle Times, North Korean officials have peculiar demands when their delegation travels abroad. One of those demands is that a foreign nation pays for their billing. The United States has offered to pay, but some are afraid the North Koreans will take offense to that.

“(The demand for payment) is an ironic and telling deviation from North Korea’s insistence on being treated on an ‘equal footing,’ ” said Scott Snyder, a Korean expert.

“North Korea can build nukes and ICBMs, but claim they are too poor to pay for foreign travel costs,” mocked another expert.

The meeting between President Trump and Kim Jong-un is re-scheduled for June 12 after it was briefly canceled due to hostility from the North Koreans in May.