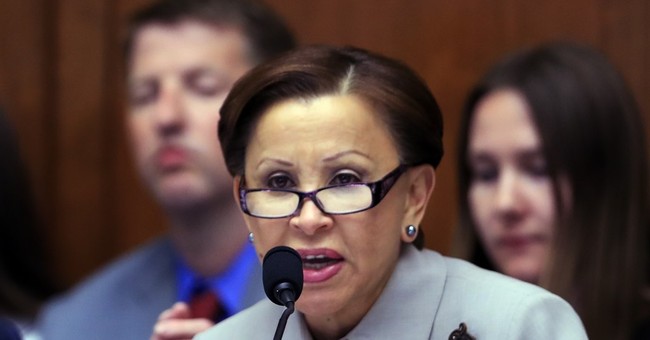 Democratic Congresswoman Nydia Velasquez tweeted her admonishment of Immigration and Customs Enforcement agents for nabbing an illegal alien outside a Brooklyn Criminal Court house. But, she neglected to mention that the illegal alien had been arrested 15 times since 2005.

“Extremely concerning to hear that ICE agents targeted an undocumented immigrant just outside Brooklyn Criminal Court this morning. Such actions by ICE have no place in our City & I will be monitoring the situation carefully,” Rep Velasquez commented.

Extremely concerning to hear that ICE agents targeted an undocumented immigrant just outside Brooklyn Criminal Court this morning. Such actions by ICE have no place in our City & I will be monitoring the situation carefully. https://t.co/i3xxxm5oSu

The illegal alien in question, Diogenes Pinzon, was in court challenging a domestic violence case. His girlfriend alleged that Pinzon had threatened and robbed her on May 25, 2017. Once the hearing was over, under cover ICE agents promptly arrested the illegal alien. He has also been arrested 14 previous times. It is unclear if he has ever actually been deported.

According to the New York Daily News, this arrest led to a protest of around 50 attorneys.

“We are appalled by yet another courthouse arrest by ICE,” the Legal Aid Society and Brooklyn Defender Services said in a joint statement. “If the people we represent cannot safely appear in court to participate in their own defense — and, further, are sanctioned with warrants for not appearing — then the integrity of the whole system must be questioned.”

“This is intolerable,” the statement continued. “Something must change and it must change now. Courts must protect all those they hail into their chambers, not feed them into the Trump Administration’s mass detention and deportation machine.”

But, since a January 10th 2018 directive, ICE has made the practice of arresting illegal aliens in court houses quite common. ICE says the practice reduces risk to officers. It is also necessary to arrest illegal aliens at court houses because communities, such as Rep. Velasquez’s district, often make it very difficult for illegal immigrants to be apprehended elsewhere.

By all accounts, Congressman Velasquez has resisted any cooperation with ICE and has criticized any efforts to identify illegal aliens. In 2017, she sponsored a bill banning ICE agents from using the word "police" on their body because it could confuse non-english speaking residents. Most recently, she claimed that the Commerce Department decision to reinstate the 2020 census citizenship question was a “racist attempt to make America white."