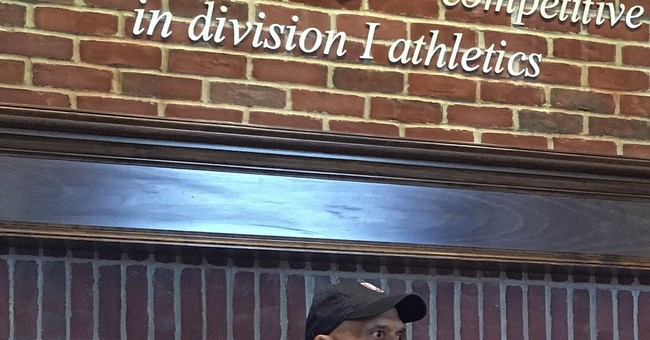 Harvard University left its Christian roots eons ago, but now they are completely ditching their Puritan ties all together. Or least in their alma mater, reports Fox News' Caleb Parke.

"The Ivy League purged (Puritan) from its alma mater, “Fair Harvard,” taking out the reference to the English Protestants who founded the nation’s oldest institution of higher education.

The song’s lyrics were revised in 1998 to make it gender inclusive, and Tuesday the university changed the last line, which previously said, “Be the herald of light, and the bearer of love, till the stock of the Puritans die.”

The Task Force on Inclusion and Belonging made the decision to take out “Puritans” from the “living symbol” opting for the line: “Till the stars in the firmament die.”

This change comes shortly after another famous Massachusetts college, Holy Cross, decided to get rid of their mascot due to potentially offending others because of Christian violence.

"The president of the Worcester (WUS'-tur), Massachusetts, Jesuit college, the Rev. Philip Boroughs, wrote in a letter to students, alumni and staff Wednesday the depiction of a knight with the moniker Crusader is an inevitable reminder of the religious wars and violence that marked the Crusades.

Boroughs says such imagery "stands in contrast" to the college's stated values" but notes the word "crusader," in its modern sense, means someone who stands for positive principles.

In place of a knight, Holy Cross will use an interlocking HC on a purple shield as its primary logo."

For those who know Holy Cross, you know that it sits perched on a hill in central Massachusetts in the classic city of Worcester. For those unfamiliar, it can aptly be described as a cold school on a cliff. As for Harvard, at least they are no longer pretending to care about their founding mission to serve as an education in pursuit of God. Neither of these stories should be surprising given the left-wing faculty at both places.