Sen. Lankford: 'Many More Shootings Occur With a Pistol Than They Do With a Rifle' 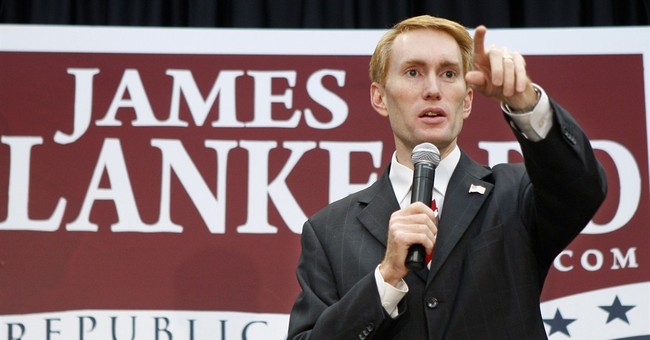 Today on NBC's Meet the Press, Sen. James Lankford (R-OK) chatted with host Chuck Todd about the proper solutions to end mass shootings such as the one that occurred last week in Parkland, Florida that left 17 innocent Americans killed.

Sen. Lankford argued for more extensive background checks, but maintained that the right to own guns is still a constitutional right that must be respected and recognized. Sen. Lankford also emphasized that the ultimate problem is not the type of gun used, but the intent of the person wielding the gun that makes the difference.

The host asked Sen. Lankford what, if any, measures need to be taken to prevent future tragedies. The junior senator from the Sooner state said the system put in-place must be fixed to properly conduct back ground checks.

“I'm on the same legislation with Senator Cornyn on what they call the Fix NICS. That is the first thing of multiple things that need to be done. That is fixing our background check system to make sure that all information is actually getting in there,” the Senator said.

“As we've seen with a previous shooting, we had an individual that had a criminal record that didn't get into the NICS system, so they were able to legally purchase a weapon. In this case, we have a lot of warning signs that were out there. And people in Parkland and all across the country have every reason to be grieved and incredibly furious. Social Services was in this home more than 20 times,” he added.

When pressed as to how exactly the government should determine who can or cannot own a gun, Lankford reminded Todd that the right to bear arms is still a constitutional right that must be respected.

“I have no issue with more extensive background checks. I have no issue with slowing down purchases for people that show all the basic warning signs. We have determined, as a country, that only a court can actually take away a constitutional right. And the right to keep and bear arms is a constitutional right. So we have courts that step in on mental health and other things.”

Todd later asked if he thought that the AR-15 should be used as a hunting rifle, to which point Lankford said it’s up to the individual and pointed out that many more crimes are committed by somebody with a pistol than a rifle.

"So there are three or four, five times as many crimes committed with a handgun than there are with a rifle. So we can have that conversation," Sen. Lankford told Todd.

"But when you look at the statistics, many, many, many more shootings occur with a pistol than they do with a rifle. I'm fully aware that you've got situations like this, with a mass shooting with an AR-15. But the pistol has still been the weapon of choice for murderers," he added.

"I understand that. But going back to the AR-15, is this a hunting rifle, in your opinion?" asked the host.

Lankford pointed out that "some actually do hunt with an AR-15."

Lankford then emphasized personal choice, saying, "I think it's up to the individual. The problem is not owning an AR-15, is the person that owns it. Again, you not go back to the how of what particular weapon is chosen, it's the why. I have individuals in my neighborhood that own an AR-15. That doesn't make it a dangerous neighborhood or them dangerous individuals. It's the individual themself becomes the issue, not the weapon that they're holding.

When asked if he thought it should be harder to buy an AR-15, Lankford said anybody with with a criminal background, mental instability, or domestic should have difficulty buying a firearm.

“I actually don't think it should be,” he said. “I think what should be is difficult for any person with any kind of criminal background history, domestic violence, mental instability, all of those things, regardless. I don't care whether they're buying a 22 pistol or an AR-15."

The Republicans comments come as both sides of the aisle are being pressed by their respective bases to find a workable solution to preventing mass shootings in America.