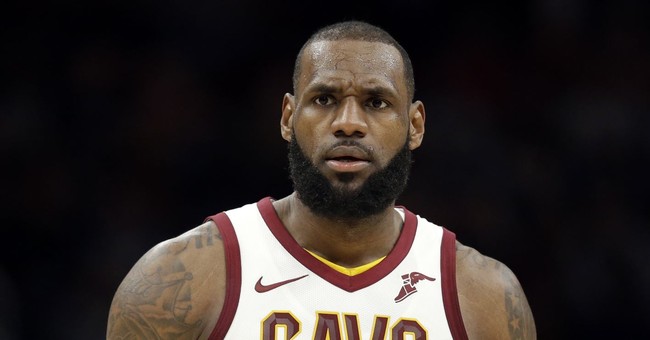 Fox News’ Laura Ingraham sparked nationwide controversy this week after telling Cleveland Cavaliers star Lebron James and Golden State Warriors role player Kevin Durant to avoid discussing politics and to “shut up and dribble.” Liberals decried the supposedly racist undertones of her comments, but last night the host of The Ingraham Angle refused to to apologize for her remarks saying, “the left and the media attack dogs can dish it out can’t they, but they sure can’t take it.”

On Thursday night, Ingraham aired a video featuring the aforementioned NBA stars and an ESPN host discussing politics and the state of America under President Donald Trump. “King James" harshly criticized the commander in chief, saying, he does not “give a f*ck about the people.”

In response to that clip, Ingraham said, “I’m numb to this commentary. Must they run their mouth like that? A lot of kids and some adults take these ignorant comments seriously. There might be a cautionary lesson in Lebron for kids. This is what happens when you attempt to leave high school a year early to join the NBA. Someone gets paid $100 million a year to bounce a ball. They’re great players but no one voted for you. Millions elected Trump to be their coach. Keep the political commentary to yourself or as someone once said, shut up and dribble.”

Not surprisingly, liberals accused Ingraham of racism. Others bemoaned Ingraham telling an athlete to remain silent on non-sporting news when she has had numerous non-political guests, such as Tim Tebow, on her show through the years. Lebron James respondedwith the following tweet.

But yesterday, Ingraham pointed out several problems with these accusations of racism.

on Friday afternoon, she released a statement, saying, “In 2003, I wrote a New York Times bestseller called ‘Shut Up & Sing,’ in which I criticized celebrities like the Dixie Chicks & Barbra Streisand who were trashing then-President George W. Bush. I have used a variation of that title for more than 15 years to respond to performers who sound off on politics. I’ve told Robert DeNiro to ‘Shut Up & Act,’ Jimmy Kimmel to ‘Shut Up & Make Us Laugh,’ and just this week told the San Antonio Spurs’ Gregg Popovich to ‘Shut up & Coach.’ If pro athletes and entertainers want to freelance as political pundits, then they should not be surprised when they’re called out for insulting politicians. There was no racial intent in my remarks – false, defamatory charges of racism are a transparent attempt to immunize entertainment and sports elites from scrutiny and criticism. Additionally, we stated on my show that these comments came from an ESPN podcast, which was not the case – the content was unaffiliated with ESPN.”

On last night’s show, Ingraham echoed those remarks and added, "If you want to be a political pundit, you’re coming on my court, okay? Let’s do it. Let’s have a real conversation about black unemployment. Let’s talk about violence in the inner city. Let’s talk about all the issues like school choice. Let’s do it. Don’t think you’re not going to get criticized if all you do is a drive-by hit on Trump and say he’s no leader.”

As Mediaite reports, Ingraham told her audience that she “called those remarks barely intelligible, not to mention ungrammatical… and the left erupted.” She added she was “equal-opportunity critic” and that “Race has nothing to do with it.”

On Twitter she invited Lebron on the show anytime to discuss politics.

Hey King, Come play on my Court next week. You’re invited on the show anytime. https://t.co/CpXRl5jGzQ