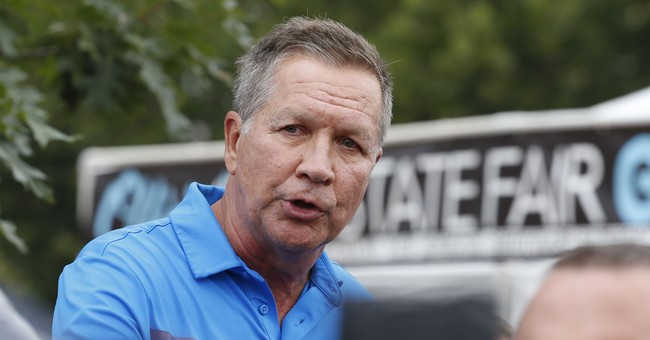 The bill is officially known as the Down Syndrome Non-Discrimination Act. It passed the Ohio Senate by a vote of 20-12 and the Ohio House 63-30 in November. The bill bans abortions after prenatal tests show the baby is more likely than not to have Down Syndrome. Any individual who commits an abortion under these conditions would face a fourth-degree felony. Doctors could potentially lose their license.

A key distinction of this bill is that the mother would not be punished for her abortion.

“Now that the Down Syndrome Non-Discrimination Act is law, unborn babies prenatally diagnosed with Down syndrome are given a shot at life,” he said.

“Ohio is and will continue to be a state that sees the lives of people with Down syndrome as lives worth living, thanks to this legislation.”

"I believe that life begins at conception and that abortion should never be considered an option,” she said earlier this month, as CNN reported.

“However, regardless of if you agree with me or not, I hope that you can see that this is not an issue about abortion; it is an issue of discrimination -- discriminating against a person, not allowing them their God-given right to life, simply because they might have Down syndrome.”

As LifeSite News reports, 90 percent of of pre-born babies diagnosed with Down Syndrome are aborted.