Trump to MS-13: 'We Will Throw You the Hell Out of the Country' 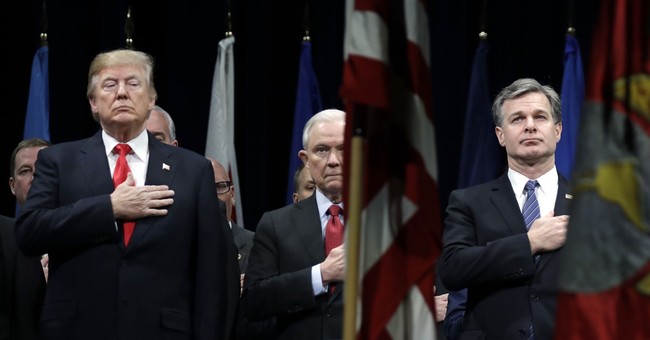 "Congratulations, you’re going the United States, ok? What a system."

Turning to gang violence, he had a specific message for MS-13 gang members. MS-13 is a violent El Salvadoran gang and drug cartel with a heavy presence in the United States.

“To any member of MS-13 listening, I have a message for you,” the President told the officers and their families. “We will find you, we will arrest you, we will jail you, we will throw you the hell out of the country," Trump said.

In May of 2017, Immigration and Customs Enforcement arrested 1,378 people during a nationwide crime sweep known as "Operation New Dawn." This operation was the largest of its kind.

In Washington, D.C., authorities arrested 52 individuals that were gang members. However, 29 of those individuals were  a part of MS-13.