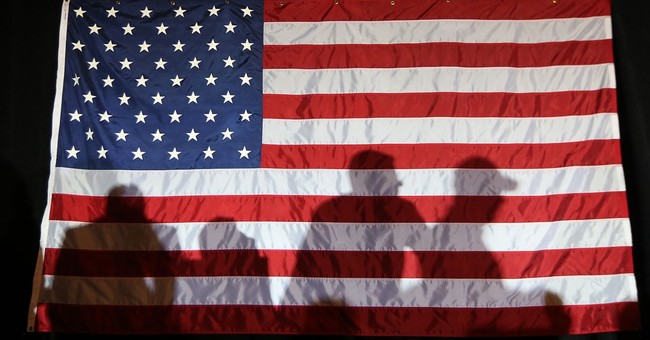 A 95-year-old former Marine and his daughter took down a would-be robber, after the punk attempted to break down their back door and steal their money on the night of December 4, 2017.

The man known simply as “Fred” told police his dog started barking late at night, alerting his attention to the back of the house. Then, he saw somebody trying to break through his back door.

"I was almost standing nose to nose with him. That was a shocker,” Fred told the media.

According to Fred, Wells threatened to kill him and his dog if Fred did not hand over his wallet. But, he refused to do so. In fact, the middle aged man standing in front of Fred only made him angry.

The veteran was able to wrestle down the intruder.  But, Wells managed to briefly get away from him as Fred’s 51-year-old daughter ran down the stairs in response to her father's shouts.

Mary then tackled the man and was able to retrieve her father's wallet. However, the thief fought back and fled down the street of their Wisconsin neighborhood.  Mary chased after him.

"I was mad because of what he did to my dad,” Mary said. “We jumped over two fences and ran through 12 yards. It was just reflexes. I guess it rubbed off from my father.”

Apparently Wells was not only stupid enough to try and rob a 95-year-old combat veteran, he was also slow as molasses. According to Mary, the man was not a very fast runner.

"I could have caught him at any point. But I didn't want to tackle him because nobody knows I'm out here," she said.

Eventually Mary pinned down the man until police arrived, after he got stuck trying to jump over a chainlink fence. Upon arresting the individual, authorities also discovered that he had nine silver and gold cuff links that were stolen from another house.

Wells has been charged with felony burglary.

Happy Friday, Fred. You are an American hero who has raised one heck of a daughter.