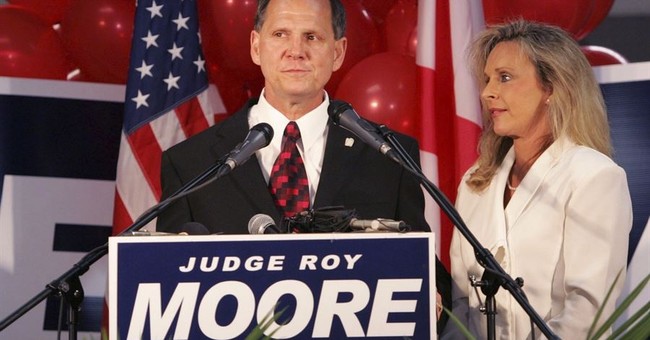 Alabama Republican Sen.  Richard Shelby says he wants a Republican to win the state’s special election Tuesday, but did not vote for GOP candidate Roy Moore and hopes a write-in candidate will be victorious.

Appearing on CNN’s “State of the Union” with Jake Tapper,  Sen. Shelby reemphasized his absentee vote was not for Roy Moore. In November, Sen. Shelby announced he did not vote for Roy Moore, but did not say his write-in candidate of choice.

He also added that he has no reason not to believe that egregious allegations of sexual misconduct against Moore dating 40 years ago. Moore has been dogged by numerous women who have accused him of either dating or sexually assaulting them as teenagers when he was in his thirties.  When “there’s a lot of smoke, there’s got to be some fire somewhere," the Senator said.

"I understand stand where the (president’s support) is coming from but…(W)e call it a tipping point," Shelby said. "I think, so many accusations, so many cuts, so many drip, drip, drip -- when it got to the 14-year-old's story, that was enough for me. I said I can't vote for Roy Moore."

LAST thing the Make America Great Again Agenda needs is a Liberal Democrat in Senate where we have so little margin for victory already. The Pelosi/Schumer Puppet Jones would vote against us 100% of the time. He’s bad on Crime, Life, Border, Vets, Guns & Military. VOTE ROY MOORE!

Polls currently show the special election is neck-and-neck between Moore and his Democrat opponent Doug Jones.