10 Year Old Journalist to 'Professionals': Do Whatever it Takes to Get to the Truth 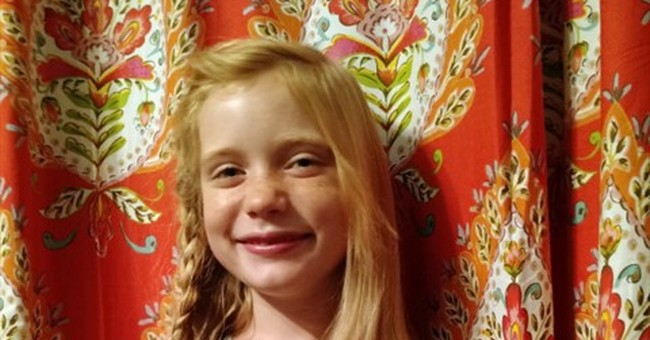 Last year, Christine wrote about Hilde Kate Lysiak, a 9-year old reporter from Selinsgrove, PA. Lysiak had just broken a major murder story in the town of 5,000. This obviously irked some of the "professional" journalists in her area.

Many were  quick to condemn Lysiak, but the determined reporter had a message for her critics:

“If you want me to stop covering news, then you get off your computers and do something about the news. There, is that cute enough for you?”

Her story is making the rounds again, after a Tweet highlighting an interview she recently had with the Society of Professional Journalists went viral.

This 10-year-old reporter is my new hero pic.twitter.com/Y8J1MDrJ0n

Since Christine wrote about Lysiak, the young journalist has turned 10 and broken several news stories at her publication, Orange Street News.

“I take pride in reporting on all of Selinsgrove and in having stories that give the community important information.

I’ve been working on an investigation on the problem with hard drugs like heroin at the Selinsgrove High School. And I was the only one reporting on corruption at my local fire station. I’ve seen first-hand that my reporting is making a real difference in my community,” Lysiak told the Society of Professional Journalists.

She has managed to turn her biggest detriment, her age, into an advantage.

“The biggest challenge I face is my age. Because of my age, I can’t always report on the stories I want to report on. Sometimes the magistrate will refuse to give me the criminal complaints, or my parents won’t let me go to some places. But sometimes I can catch people off guard and they reveal more than they mean to.

People often talk down to me, or underestimate me. I say, let them. It gives me an advantage.”

While her first major story was the aforementioned homicide, her favorite story has been exposing corruption at the local fire station.

“I know everyone thinks I’ll say it is how I broke the story on the homicide. But truthfully, that was a pretty easy story to cover. A source had given me the information, and I was able to confirm it quickly — hours before other media reported it.

The story I’m most proud of is the investigation on my local fire station. After that story ran, officials sent me messages threatening to have my paper taken away if I kept writing about it. But I didn’t let them scare me. Eventually, the truth about the corruption at the fire station came out, but it took a lot of hard work and digging. (Also, the firefighters had their meetings at a bar, so I wasn’t allowed to go because of my age.)”

Lysiak even had a message for current journalists, something we all could listen to.

“If I had to offer one piece of advice, I would say that reporters should always do whatever it takes to stay focused on getting to the truth. Don't pay any attention to the haters. They just zap your energy.”

Keep up the great work, Lysiak. Current reporters - including myself - do better.