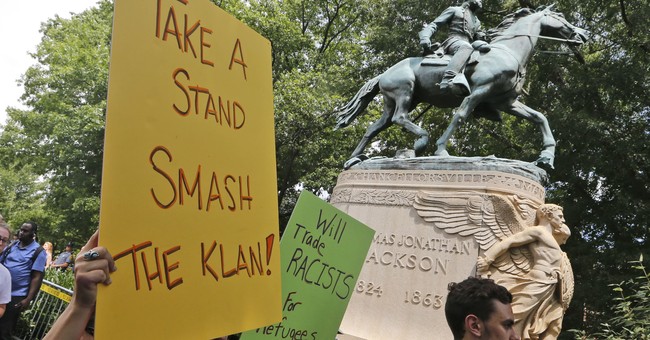 While neither Republican Alabama Senate candidate Roy Moore nor Luther Strange have ties to the Ku Klux Klan, one contributor during a panel discussion on MSNBC’s AM Joy with Joy Reid compared the two to the white supremacist group, reports the Daily Caller.

"The choice between Strange and Moore is like deciding between the Ku Klux and the Klan,” said Jason Johnson, a journalism professor at Morgan State University.

Despite the fact that the Supreme Court of the United States has issued multiple rulings showing Trump’s travel ban to be constitutional, Johnson went further saying “they’re both vastly Conservative people comfortable with the Muslim ban.” He added Trump is “comfortable with those sorts of people."

The guests took his comments as a joke, laughing along.

Johnson is the same panelist who accused former White House Press Secretary Sean Spicer of racism after Spicer had a press room verbal tussle with April Ryan, an African-American journalist.

During that MSNBC appearance, Johnson had a heated back and forth with Matt Schlapp, the chairman of the American Conservative Union.

Schlapp defended Sean Spicer, saying, "That was a moment where he pushed back and got feisty with a reporter who he has very good rapport with on most days. This is not racism."

Johnson retorted, "You don’t get to tell other people what racism is!"

"You don't either," responded Schlapp. "Yes I do," Johnson said. "Because you don't experience (racism)."

Watch that exchange in the video below.