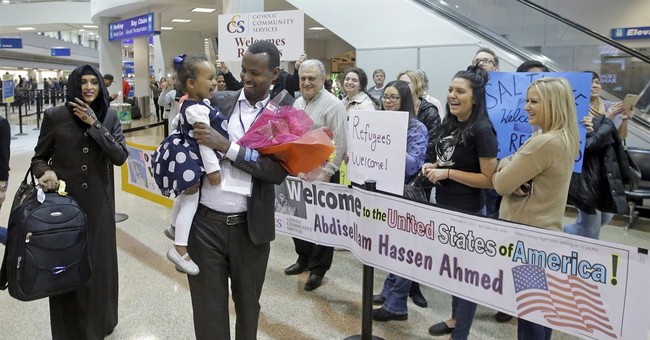 The Supreme Court handed President Trump a win Tuesday when it upheld his ban on refugees from six Muslim-majority countries. The ruling blocked a lower court decision.

Without comment, the court blocked a federal appeals court ruling from last week that would have exempted refugees who have a contractual commitment from resettlement organizations from the travel ban while the justices consider its legality. The ruling could impact roughly 24,000 people.

Trump's travel moratorium, which temporarily bars visitors from Iran, Libya, Somalia, Sudan, Syria and Yemen, stirred protests across the country earlier this year when it was first implemented. In airports from JFK to Dulles, activists charged the White House with discrimination. The airports themselves were overwhelmed because they were not properly prepared. In its second try, the Trump administration offered more guidance, took Iraq off the list of banned countries and assured those with visas that had already been approved that those documents would not be revoked.

The court will consider the travel ban again on October 10.