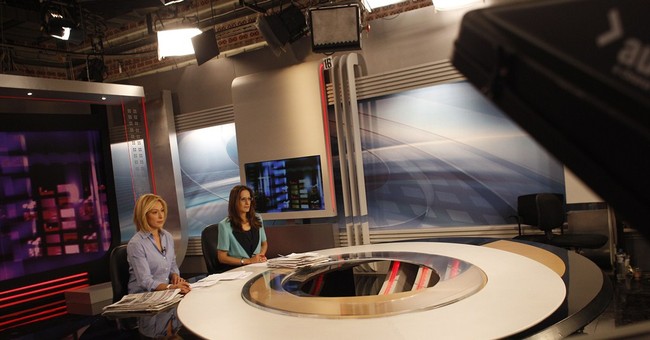 The Pew Research Center has released a study examining media coverage of gay marriage during the period leading up to, during, and after Supreme Court hearings on the issue.

In a period marked by Supreme Court deliberations on the subject, the news media coverage provided a strong sense of momentum towards legalizing same-sex marriage, according to a new study by the Pew Research Center. Stories with more statements supporting same-sex marriage outweighed those with more statements opposing it by a margin of roughly 5-to-1.

In the coverage studied, the central argument among proponents of same-sex marriage was one of civil rights. Arguments against were more varied, but most often voiced the idea that same-sex marriage would hurt society and the institution of traditional marriage.

Almost half (47%) of the nearly 500 stories studied from March 18 (a week prior to the Supreme Court hearings), through May 12, primarily focused on support for the measure, while 9% largely focused on opposition and 44% had a roughly equal mix of both viewpoints or were neutral. In order for a story to be classified as supporting or opposing same sex marriage, statements expressing that position had to outnumber the opposite view by at least 2-to-1. Stories that did not meet that threshold were defined as neutral or mixed.

This study confirms what most of us already suspected: that the surge in public support for gay marriage has been a phenomenon largely driven by the media. There’s little doubt that gay marriage is in vogue – 70% of young adults (ages 18 to 29) are in favor. As the group most engaged with new media trends and thus most susceptible to media bias, this demographic’s overwhelming support is a strong indicator of media’s seminal role in shaping gay marriage opinions.

Of course, when it comes to reporting bias, the perpetual question is whether the media is a molder or reflector of public attitudes. On this matter, though, it seems pretty clear. Reporting bias in the Pew study was 47% in favor to 9% opposed; that study registers present public support as 51% in favor to 42% opposed. Media favoritism for gay marriage far outstrips that of the public at large.

The most common media argument – that this issue is one of civil rights – merits a comparison of the gay marriage movement with that of black civil rights. As I see it, despite superficial similarities, the comparison breaks down once you get to the fundamental nature of the two movements. The black civil rights movement, at its core, was a cause championed primarily on a grassroots level. Massive demonstrations, strikes, and sit-ins precipitated change that eventually spread to journalism and government. Gay marriage, on the other hand, has not seen collective action on this scale. In fact, the push for gay marriage originated at the top and trickled down, whereas black civil rights was more bottom-up. This is especially evident when you delve into economic trends. Individuals with family incomes over $75,000 support gay marriage, whereas those who earn less are split about evenly.

This probably all boils down to the high socioeconomic status enjoyed by many gays compared to other minority groups. With this wealth and influence, it made sense for them to utilize media as the primary tool for advancing their agenda instead of orchestrating large-scale demonstrations. Black Americans in the ‘50s and ’60s, on the other hand, lacked these resources, so their only option was massive collective action. With Supreme Court decisions on DOMA and California’s Prop. 8 due any day now, it will be interesting to see whether media and public attitudes affect the Court’s judgments.