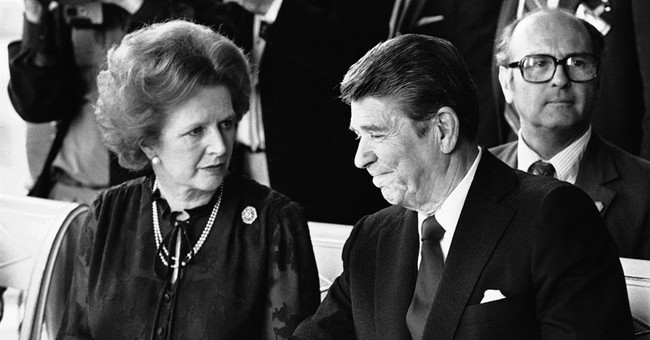 With traditional American values seemingly under assault from all sides, parents can struggle to find children’s literature that corresponds with their beliefs. Susan Allen, Virginia’s former first lady, fills this void with The Remarkable Ronald Reagan, her delightful new children’s book narrating our 40th president’s fascinating life and extolling the virtues he embodied.

The Remarkable Ronald Reagan traces President Reagan’s career living the American Dream from his days as young “Dutch” to his presidency, including his experiences in sports broadcasting, World War II combat and acting. By demonstrating to children the richness of a life spent fulfilling dreams, Allen’s narrative radiates optimism and love of country. Her portrayal of Reagan’s enduring faith, relentless work ethic and perseverance in the face of adversity gives children a true hero to whom they can all look up.

For many of Allen’s readers, Leslie Harrington’s illustrations will steal the show. Her sleek images render a sense of life and color to Reagan’s story that merits recognition. For those inclined to learn more, Allen includes a convenient addendum to the book with a timeline of Reagan’s life, notable bits of his correspondence with children and two pages full of fantastic Reagan quotations.

Allen’s book is more than a bedtime story—it’s a way for parents to showcase the American way of life. In an age of cynicism and moral ambiguity, children need a portrait of faith and clarity. Allen does a remarkable job of illustrating to children exactly why Ronald Reagan was America at its best.