Biden's New Chief of Staff Could Mean Trouble for U.S.

As Townhall reported over the weekend, Biden's White House chief of staff Ron Klain is running for the exits amid the president's latest scandal concerning the mishandling of classified documents, and former White House Coronavirus Response Coordinator Jeff Zients is taking over the top adviser role in the West Wing.

Klain made a name for himself as an infamous tweeter, posting inane leftist mainstream media spin seeking to cover for Biden's endless blunders. His style of tweeting through the pain earned him plenty of scorn from Americans whose reality never matched the rosy image Klain sought to paint of Biden's "Build Back Better" agenda. But he was also incredibly powerful within the Biden administration, drawing accusations that Klain was actually running Biden as one of his many handlers and the one making key decisions because Biden is ill-equipped to deal with the full slate of presidential duties.

The question now, with Klain on his way out, is whether new Chief of Staff Jeff Zients will wield the same power in the White House and larger Biden administration. If so, the country is in for more unbearable out-of-touch nonsense from the West Wing's corner office.

In his previous Biden administration role coordinating the response to COVID, Zients was as bad as anyone else when it came to gaslighting the American people and claiming the White House coronavirus guidance was as infallible as Dr. Anthony "Science" Fauci.

On his watch, the White House's COVID messaging included prematurely declaring "independence" from COVID in July 2021 and incessantly claiming that the Biden administration has not faltered in its actions — despite the contsant flip-flopping.

And also claiming that the CDC was "in the lead" when it came to the content and timing of its masking requirements:

"The CDC is clearly in the lead here on the substance and the timing of masking guidance." pic.twitter.com/mkBdpzhAfT

It was also Zients who produced the infamously divisive line that unvaccinated Americans were "looking at a winter of severe illness and death" for themselves, their families, and others back in 2021:

White House Coronavirus Response Coordinator: "For the unvaccinated, you're looking at a winter of severe illness and death—for yourselves, your families, and the hospitals you may soon overwhelm." pic.twitter.com/svwUGFgsBc

Just these three comments should worry Americans now that the same man is set to wield the most power in the White House, potentially up to as much as the President of the United States.

First, this one anecdotal piece of evidence proves that being unapologetically wrong is of no concern for Zients. Biden's COVID plan was a mess from day one. The president's campaign pledge to "shut down the virus" proved to be one of many false promises made by Biden. And the idea that the Biden administration's masking policies were in "the lead" is just laughable.

Remember when Biden promised Americans that, once they were vaccinated, they could ditch their masks? And then how soon after that pledge his administration again forced masks to be worn by all regardless of vaccine status? How about the Biden admin dragging its feet on removing the federal mask mandate for air travel, despite the utter lack of scientific backing for such a requirement — one the Biden administration is again fighting to restore its authority to levy?

Then, on a broader ideological and policymaking level, Zients and the White House COVID team's attempts to force unconstitutional vaccine mandates on Americans show a disregard for individual liberty and Americans' freedom — and a lack of concern about keeping promises. Biden had said during the campaign that he "wouldn’t demand it [COVID vaccination] be mandatory" for Americans, until he did implement a federal vaccine mandate.

And don't forget, Zients previously served in the Obama administration as director of the National Economic Council and a handful of posts at the Office of Management and Budget (OMG), so we know continuing Biden and congressional Democrats' spending and taxing binge that triggered sky-high inflation and gutted the chance of a "soft landing" won't be an issue for the new chief of staff.

Clearly, Zients can't be trusted to keep his or the president's promises, he doesn't care if his policies violate the constitutional rights of Americans, fiscal responsibility is a foreign concept for him, and he refuses to admit when he or the White House gets policies wrong. Normally, this reality would make him incompatible with the job of being White House chief of staff — but in the Biden administration, it makes him a perfect fit. 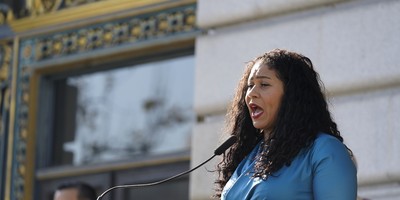